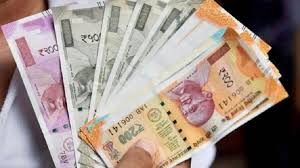 Following the Punjab Congress move to ask the ticket aspirants for the Lok Sabha elections to pay a fee to get the party’s nomination, All India Anna Dravida Munnetra Kazhagam (AIADMK) has told the party leaders “willing” to contest parliamentary polls to pay Rs 25,000 when they submit their application forms for the same.

The election ticket fee is applicable for seats in Tamil Nadu and Puducherry, where the AIAADMK has significant support base. According to news agency ANI, the AIADMK has announced that party workers who are willing to contest in Lok Sabha elections can apply from 4.2.2019 to 10.2.19 after paying Rs 25,000. All 40 constituencies (39 Tamil Nadu and 1 Puducherry) have been listed for sending applications.

A similar direction came earlier from Punjab Congress, which asked party members applying for tickets for 2019 Lok Sabha polls to shell out Rs 25,000 as application fee. The application fee is Rs 20,000 for the reserved category seats. Punjab has 13 Lok Sabha seats including four reserved for Scheduled Caste (SC) candidates.

The Punjab Congress’s move is aimed at helping the cash-starved party generate funds ahead of the general elections. The Punjab Congress also asked its Chandigarh counterpart to follow suit. The instruction to charge an application fee came from All India Congress Committee (AICC) general secretary in-charge of Punjab and Chandigarh Asha Kumari.

With Navjot Kaur Sidhu, wife of Punjab local bodies minister Navjot Singh Sidhu, and former Ludhiana MP Manish Tewari vying for the party ticket in Chandigarh, the competition for the nomination is getting stiff here.

“The decision was communiA cated to us by the Punjab unit on Tuesday and both Sidhu and Tewari would also be asked to pay the application fee of Rs 25,000,” Chandigarh Congress unit president Pradeep Chhabra said.

This is not, however, the first time that application fee is being charged by the Punjab Congress. The state unit chief Sunil Jakhar said the states have a leeway to decide on the application fee. “It is not happening for the first time. We have levied a fee earlier too,” he said.

A fee of Rs 25,000 has been sought by the Congress party along with application for four Lok Sabha seats in Himachal Pradesh. However, Haryana Congress is undecided on the question. Haryana Congress president Ashok Tanwar said any such decision (to levy fee) is not in his knowledge.