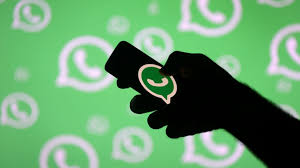 WhatsApp, a messaging platform owned by Facebook, is doing really well with over a billion users but despite its complete domination, especially in India, let’s stop for a second and ask ourselves – Is WhatsApp the best messenger out there? The answer is a BIG NO! There are a lot of areas it can improve up on. Following are some of the areas where it lags behind the competition.
WhatsApp degrades the image quality: One of the major reasons behind WhatsApp success was its ability to send photos instantly. The messaging app was able to do this by compressing content. The compression led to no visible deterioration in the image files. But after a recent update, the photos received over WhatsApp are blurry and pixelated. Previously, images were reduced to 1024*768 or 1600*900 from the original resolution. But now, images with 16:9 aspect ratios are shrunk to about 800*450 while all 4:3 images have a maximum resolution of 800*600, making the transferred images useless.

Privacy: First and foremost, WhatsApp makes phone numbers public thereby raising several privacy related issues. It’s easier for any random person to get hold of your personal phone number via WhatsApp messenger. It would be better if WhatsApp makes use of usernames and relates them to phone numbers, just the way DNS works.

WhatsApp can only be used on one device at a time: Hard luck if you have a second smartphone or a tablet or a PC. WhatsApp can only be activated on one device. WhatsApp web is pretty much useless. Think WhatsApp’s parent Facebook or Google’s Hangouts, both of them can be used on multiple devices independently. It gets better with Telegram. The messenger can be used on all your devices at the same time – your messages sync seamlessly across any number of your phones, tablets or computers.

WhatsApp isn’t secure: WhatsApp’s chat logs are stored on SD cards and can be easily read by other apps since majority of the people give all the access to the apps on their phones. The WhatsAppp database is a SQLite3 database which can be converted to Excel for easier access. Lately WhatsApp is using encryption to encrypt the database, so it can no longer be opened by SQLite. But, it can still be decrypted using a simple python script.

WhatsApp shares your data: Controversy around Facebook-Cambridge Analytica data leak hasn’t died down yet and WhatsApp, being part of Facebook, also has to share a burden. The platform has lost a lot of trust. WhatsApp has access to call records, it can see your pictures and listen to your audio recordings. WhatsApp also shares this data with its parent company Facebook.