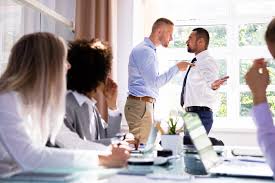 An employee has complained about a colleague’s behavior. It’s time to start an investigation into what happened. Where do you begin?

Legal experts say you need to put employees at ease as you interview them, but you also need to move quickly and ask questions that drill down to the truth of the matter. Here’s how to set the stage for a successful workplace investigation.

An HR professional investigating a complaint should schedule interviews for each witness at a convenient time and place and in a private location, noted Doreen Martin, an attorney with Venable in New York City.

“You are more likely to get more information from the employee if he or she is comfortable,” noted Bernard Bobber, an attorney with Ogletree Deakins in Milwaukee.

In some organizations, meeting in HR’s office might offer the most privacy and confidentiality. But meeting in a neutral location like an out-of-the-way conference room or the employee’s office, if the worker has a private one, might make the interview less stressful for the witness, said Stephanie Caffera, an attorney with Nixon Peabody in Rochester, N.Y.

Try to avoid having a large desk or table between the interviewer and the employee, said Timothy Kamin, an attorney with Ogletree Deakins in Milwaukee. “Eliminating physical division and barriers can make the interview seem more relaxed and collaborative and less of an adversarial meeting,” he noted.

If the employee being interviewed is the complainant, don’t worry about giving him or her short notice of the interview, said Kate Rhodes, an attorney with Epstein Becker Green in New York City. The complainant will appreciate speedy action.

The HR staff member should notify the witness’s manager in advance that he or she will need to talk to the witness and that the employee will be away from work for a period of time, Caffera said.

How an interviewee is notified about the interview can vary. HR could send a short e-mail or stop by the employee’s office asking for a few minutes of the employee’s time without saying anything about the reason, she noted. HR may indicate a desire to get the employee’s perspective on an issue.

What the Employee Should Be Told

If there is no suspicion about an employee and he or she is there only as a witness, the HR professional should tell the employee right away that he or she is not in any trouble, Caffera noted. This should put the employee more at ease immediately.

If the issue being investigated is a serious one, HR should convey the gravity of the situation by tone of voice, facial expression and choice of words, she said.

A witness often does not need to know all the details of what is being investigated, said David Barron, an attorney with Cozen O’Connor in Houston.

“Perhaps the employee is only relevant to a small part of the complaint,” he said. “Moreover, you would not want to prejudice the interview by telling the employee what others have said, as that could affect his or her testimony.” He recommended sharing only that there is an investigation into an HR matter.

“Staying vague about the specific allegations being investigated can elicit more raw, honest responses from interview subjects and may make it less obvious who made the complaint,” Rhodes said. She recommended asking open-ended questions about a broad topic at the outset of the interview and then narrowing down question by question “until you get to the core issue.”

Bobber cautioned that, if HR asks only general questions, the employee may try to take the easy way out and give incomplete answers. He suggested being more direct, such as asking, “Yesterday, in the lunchroom during the break, did you observe the confrontation between X and Y? What were the specific words that X said to Y?”

He said that this approach is more likely to elicit specific responses than asking more generally, “Have you heard any inappropriate racial comments in your work area?”

In addition, Martin said that when interviewing the subjects of any complaint, it’s important to tell them the details of any allegation so they can defend themselves. “Assure the [subject] that you are looking for the truth and the facts so that the complaint can be resolved fairly for all parties involved,” Martin said. “It is also imperative to explain that the conversation will be kept as confidential as possible.”

Kamin also recommended telling interviewees, “If you provide false or incomplete information, you will be [disciplined]. Don’t jeopardize your own job or record by giving me any false or misleading information. OK?”

But reassure employees that retaliation against those who participate in an investigation is prohibited.

[SHRM members-only how-to guide: How to Conduct an Investigation]

These rights, referred to as Weingarten rights, named after the Supreme Court decision that granted them, currently don’t apply to nonunion employees.

Employers also should have two employees from management—such as HR and a manager or HR and employment counsel—present during investigatory interviews.