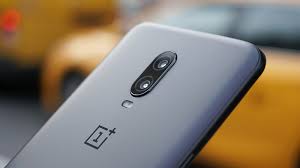 OnePlus has invited members of the media and telecommunications industry to try out a demonstration of a prototype 5G smartphone on a fully functioning 5G network at Qualcomm’s booth at the upcoming MWC 2019 trade show in just two weeks’ time. The company has not stated that this is an example of a product that it will launch, but instead has indicated that the device will allow people to experience 5G speeds. The invitation curiously emphasises “5G gaming” as an example of what it will show off, which could indicate that the actual 5G phone that launches later this year might be aimed at gamers.

The Chinese company which recently became India’s top-selling smartphone brand according to IDC, first announced it would be developing a 5G smartphone at Qualcomm’s Snapdragon Technology Summit in December 2018. OnePlus intends to be one of the first companies to launch a 5G model, and it will be based on the flagship Snapdragon 855 SoC and Snapdragon X50 5G modem.

The announcement of the 5G demonstration at MWC was posted by XDA Developers. It states: “OnePlus, at Qualcomm’s booth (Hall 3 Stand 3E10), invites all to connect and communicate with our community over a 5G network. Attendees will also be able to experience the capabilities of 5G gaming on a OnePlus 5G prototype.”

OnePlus has also stated that its 5G phone will launch in the first half of 2019. It is expected that this phone will be offered as a separate model to the inevitable OnePlus 7 flagship refresh, which should also be based on the Snapdragon 855 SoC. The still-unnamed 5G phone will most likely be more expensive than the OnePlus 7 and will be restricted to markets in which suitable networks are available.

The fact that the product to be demonstrated at MWC has been described as a prototype also indicates that we might not be able to determine much about OnePlus’s actual plans for a product rollout, including specifications, camera capabilities, and physical design. Those will have to wait till the company is ready to launch its final products.

CEO Pete Lau told CNet in an interview last year that he isn’t expecting huge sales for the 5G model when it launches. Also, being one of the first to market with a 5G phone is not about bragging rights, but about allowing it to learn and iterate for future products. The company is well known for the relatively short life cycles of its products, with improved versions launching roughly twice a year.

OnePlus will not be the only company announcing or demonstrating 5G smartphones. Huawei, Samsung, Vivo, LG, and ZTE are amongst those likely to join the bandwagon. OnePlus has not announced any plans to have its own booth or launch other products at MWC. The company prefers to host its own global launch events rather than share attention with the world’s biggest brands.