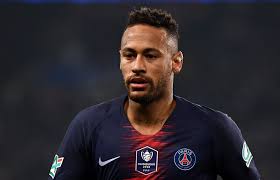 Both sides face charges that their fans threw objects during the last-16 tie, first leg, which PSG won 2-0. PSG’s former United winger Angel di Maria was photographed holding a bottle that had been thrown towards him from the crowd.

In addition, PSG face charges after fireworks were lit by their supporters, as well as for “acts of damages” and “crowd disturbance”.

The Premier League side also face charges that their fans blocked stairways during the game, going against the safety and security regulations of European football’s governing body.

UEFA said their Control, Ethics and Disciplinary Body will deal with the case on 28 February.

The second leg of the tie will be played in Paris on 6 March.

PSG had one end of their Parc des Princes stadium closed for their 6-1 win over Red Star Belgrade in the group stage in October as punishment after fans lit flares during their defeat at home to Real Madrid in the competition last season.