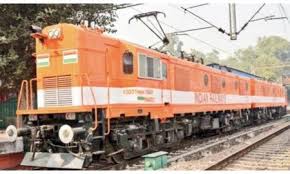 Indian Railways changed the origin of a Yeshwantpur-Kannur train on Monday night affecting the passengers travelling out of Bengaluru. Railways suddenly changed the origin of the train from Yeshwantpur to Banaswadi, a station over 10 km away. The two stations also don’t have any direct bus connectivity. The South Western Railways made a decision to make a change in the origin of train to unblock the congestion at Yeshwantpur terminal, according to a Deccan Herald report. Many passengers missed the train, while others tried catching it on time, at Banaswadi station by cabs, bearing huge costs. Most of the passengers were also trapped in the traffic on their way.

Sanjeev Dyammanavar, a railway activist based in Bengaluru was quoted saying in the report that the sudden change in the origin left the passengers cornered. He added that they had no time to plan their travel as railways did not even announce any notification before changing the starting station from Yeshwantpur to Banaswadi.

The train provides connectivity to Bengaluru and many regions of northern Kerala like Kasargod, Malappuram, Kozhikode and Kannur.

A protest took place in Kerala Samajam, Bengaluru at the Yeshwantpur station against this decision by the Railways, as the commuters are not impressed by this poor management and service of Indian Railways. The north-Kerala going trains will be stopping at Carmelaram station from now onward. While trains going towards south Kerala stops at KR Puram, Baiyappanahalli and Cantonment stations too.