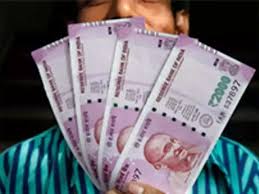 New Delhi: The Central Board of Trustees (CBT), the governing body of Employees’ Provident Fund Organisation (EPFO), to meet on Thursday to consider the provident fund interest rate for the current financial year (FY19) and doubling the minimum pension for subscribers under the Employee Pension Scheme (EPS), the Economic Times reported.

“There is an FIAC (finance, investment and audit committee) meet just before the CBT meet on Thursday in which we will get a clear picture on the accounts of EPFO and the rate of interest that can be offered. But we hope it will be retained at the existing level,” the s report quoted Prabhakar Banasure, a CBT member as saying.

The 8.55% interest rate is higher than the rate provided on most of the government small savings schemes, which is benchmarked to market rates.

Worth mentioning here is that the CBT is a tripartite body with representatives from the government, employers and trade unions headed by the labour minister. It is the apex decision-making body of the EPFO.

The Reserve Bank of India in its previous Monetary Policy Committee (MPC) meeting held on February 7, slashed repo rate by 0.25%, citing the easing inflationary pressure and the need to lower the cost of funds to support economic activity amid a worsening global growth outlook in the past few months.

“The sub-committee on pension has reviewed the proposals of high-empowered committee to double the minimum pension to ₹2,000 from ₹1,000 now, restrict its withdrawal before retirement and introduce some amount of contribution from the beneficiaries during their work life,” the business daily quoted another official as saying, adding these could be laid before the CBT.

The EPFO has an active subscriber base of more than 60 million and manages retirement corpus of over Rs 11 lakh crore.

The proposal to hike the minimum pension will benefit 5 million EPS subscribers and cost the government around Rs 3,000 crore, over and above the annual outgo of Rs 9,000 crore per annum on the pension scheme.

In the interim Budget presented on February 1, Finance Minister Piyush Goyal announced a mega pension scheme– the Pradhan Mantri Shram-Yogi Maandhan– under which an assured monthly pension of Rs 3,000 per month will be given to workers in the unorganised sector.