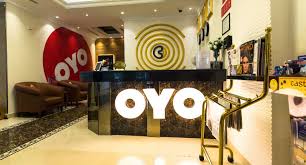 Hospitality chain OYO Hotels and Homes has launched operations in Kingdom of Saudi Arabia. The company has signed deals with 50 hotels in the country for more than 3,000 rooms across seven cities. The announcement comes following the arrival of Saudi Prince Mohammed bin Salman in India on Tuesday.

Reports suggest that the properties will be maintained under the company’s franchise model with full inventory control similar to its markets like India and China.

“We believe OYO hotels is re-engineering quality living spaces for the world and has emerged as the dependable hospitality brand of choice. We are humbled and happy to bring this standardised quality experience to the Kingdom of Saudi Arabia, where millions of people undertake the pilgrimage of a lifetime,” said Ritesh Agarwal, Group CEO and Founder, OYO.

OYO has signed a memorandum of understanding (MoU) with the Public Investment Fund, Saudi Arabia, to highlight the business potential it sees in the market.

By expanding operations to Saudi, the company plans to create jobs for over 5,000 people in the country by 2020, a release said. The hospitality major also plans to set up two OYO Skill Institutes — one in Riyadh and another in Jeddah — to train graduates in hotel management.

“The company obtained its foreign investment licence from the Saudi Arabian General Investment Authority (SAGIA) a few months ago, and plans to invest significantly in Saudi Arabia, and expand to over 17 cities across six provinces by 2020,” said Ibrahim bin Abdul Rahman Al-Omar, Governor, SAGIA.

Reports suggest that while the deal was in the workings for a while now, its announcement comes at a time when Saudi Prince Mohammed bin Salman is on a 36-hour visit to India.

With Saudi Arabia foray, OYO will now be present in nine countries including India, Nepal, China, Malaysia, Indonesia, UAE, the UK and the Philippines. Currently, the company has over 13,000 franchised or leased hotels and over 6,000 homes as a part its network.