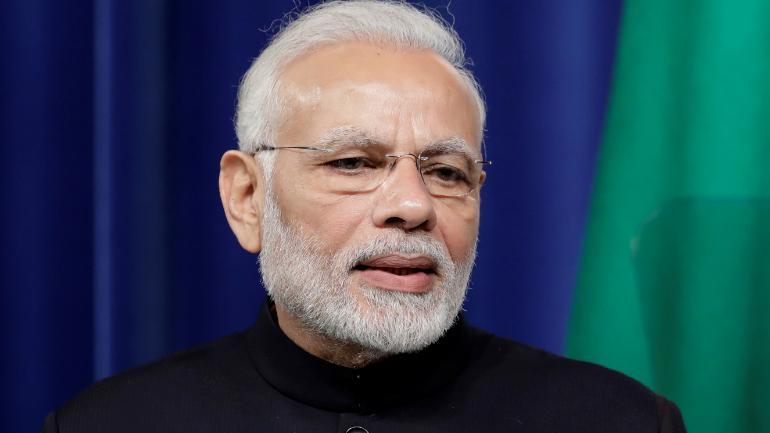 Prime Minister Narendra Modi did not eat anything after the Pulwama terror attack, the government sources said after the Congress party alleged he was shooting for a television film for his “propaganda and publicity”.

Congress had alleged that while “Pulwama terror attack happened at 3:10 pm, PM Modi was shooting for a film up to 7 pm that day”.

Surjewala also claimed that the prime minister continued to “have tea, samosas, at seven o’clock in a PWD guest house” that evening.00:2716:59   LO ‘PM more interested in power than our forces’
To this end, the government sources released PM Modi’s schedule on February 14 when the Pulwama terror attack took place. “PM Modi left Delhi at around 7 am, reached Dehradun and got stuck there for nearly four hours due to bad weather. He reached Jim Corbett at around 11:15 am and was there for three hours,” the sources said.

“PM Modi inaugurated a tiger safari, eco-tourism zone and rescue centre. He then took a motorboat ride from Kalagarh to visit Dhikala and took a round of the jungle. He was supposed to address a public rally at Rudrapur at 3 pm but cancelled it due to bad weather and also because of the Pulwama attack. After the Pulwama attack, the prime minister spoke with national security advisor, the home minister and the governor.”

After reaching the Rampur guesthouse, PM Modi again spoke to the NSA, the governor and the home minister about Pulwama. “Did not eat anything,” the sources said.

PM Modi then left Rampur at 7 pm and reached Delhi late in the evening.

Union minister Ravi Shankar Prasad also denied reports that PM Modi was shooting for the Discovery channel. There has been no word from the channel yet.