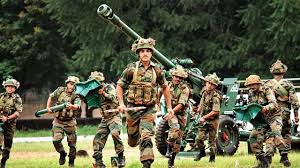 NEW DELHI, Feb. 27 — The Indian Air Force (IAF) is on its highest state of alert following the air strikes against a terror camp in Pakistan on Tuesday, and is prepared to scramble fighter jets from its forward bases at two minutes’ notice should the neighbour choose to retaliate, two IAF officials said on condition of anonymity.

Soon after the Indian air strike on a Jaish-e-Mohammed (JeM) training camp in Balakot, India increased its air defences, not wanting to do so ahead of the operation because that would have alerted the other side. Early on Tuesday morning, a Pakistani drone was brought down across the border in Gujarat. It isn’t known whether this is connected to the air strike.

On Tuesday, fighter jets were on the operational readiness platform (ORP) at several bases to intercept intruding planes; the air force’s air defence network were fully activated; and bases have been ordered to be on their highest state of alert, the officials said. ORP means the aircraft are ready to take off for missions in two minutes.

The army has fortified its defences along the Line of Control (LoC) to thwart any Pakistani attempts to retaliate, an army official said. The navy too is ready for any mission assigned to it, a navy official said. Apart from activating its air defence network to take down hostile targets, the army has moved some tanks and artillery closer to the border, two army officials said on condition of anonymity. “This is purely a precautionary measure to deal with new developments,” one of the officials said.

The army has also significantly enhanced its surveillance and intelligence gathering activities along the LoC.

“A high level of readiness implies moving military equipment forward and strengthening forward deployments. This will help in promptly prosecuting any contingency that we have planned for,” said former army vice chief Lieutenant General AS Lamba (retd).

Lieutenant General DS Hooda (retd), who oversaw the 2016 surgical strikes as Northern Army commander, said there could be more skirmishes along the LoC and a rise in terror attacks in Kashmir in the short term as a result of the air strikes.

The IAF’s air defence systems such the indigenous Akash, the Israeli SpyDer, and Soviet-origin Pechora, OSA-AK and the shoulder-fired Igla are ready to tackle any aerial threats to “vital areas and points”, said one of the IAF officials quoted above.

Capable of being launched from mobile and static platforms, the mid-range Akash can engage multiple aerial targets such as fighter jets and unmanned aerial vehicles in fully autonomous mode.

The OSA-AK, also an integral part of the IAF’s terminal air defence capability, is a quick reaction missile system that can engage low and medium level targets with accuracy. The OSA-AK surface-to-air missile travels at a speed of 500 metre per second.

“India wouldn’t have launched the precision strikes if it was not prepared for possible retaliation by Pakistan,” said former IAF chief Air Chief Marshal Fali Major (retd). He said all measures would be in place to respond to any Pakistani action, and the neighbour could retaliate anytime. “The air strikes in Pakistan denote very clearly the will of the government and the capability of the IAF. As for Pakistan, we have taught them a lesson not to mess with us,” said Major, who had proposed aerial surgical strikes in Pakistan-occupied Kashmir after the 26/11 Mumbai terror attacks.

Some experts, however, believe that Pakistan may not retaliate militarily.

Former Western Air Command chief Air Marshal PS Ahluwalia (retd) said, “They can’t afford to go up on the escalation ladder and engage in a conventional war. They don’t have the combat potential for that. Also, it will knock them out economically,” Ahluwalia said. He added that Pakistan would look at asymmetric attacks and further fuel the proxy war in Kashmir.

IAF chief Air Chief Marshal BS Dhanoa made the same point during Vayu Shakti 2019. He said India faced an ever present subconventional threat as the enemy knew it cannot defeat India in a conventional conflict.