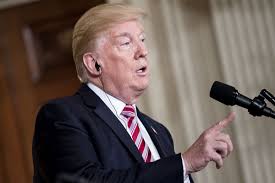 The US has said Pakistan must take “meaningful action” against terror groups and urged “restraint” after the Indian Air Force’s pre-dawn strike on Tuesday on Jaish-e-Mohammed’s biggest camp in Balakot, Manshera.

“We encourage India and Pakistan to exercise restraint, and avoid escalation at any cost,” US secretary of state Mike Pompeo said in a statement after he spoke with the foreign ministers of both India and Pakistan.

The IAF conducted a massive pre-emptive strike early on Tuesday on the Jaish camp acting on “concrete intelligence inputs” about the terror group preparing to carry out more attacks in India.

IAF dropped 1,000-pound bombs in a thickly-forested hilltop killing a large number of terrorists in the camp headed by Jaish chief Masood Azhar’s brother-in-law Maulana Yousuf Azhar. Jaish-e-Mohammed had claimed responsibility for the Pulwama terror attack on February 14, when at least 40 CRPF soldiers were killed.