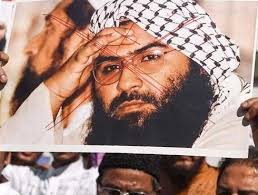 “All I can say is that reports in the media about Masood Azhar’s death are not true,” an official told Gulf News. He said Azhar is not dead as rumours are being spread on social media.

Unconfirmed reports have emerged in the Indian media and social media that the JeM Chief Masood Azhar is dead. The reports claimed that Azhar was seriously injured during the air strike carried out by the Indian Air Force (IAF) in Balakot. But Pakistani officials categorically denied reports of his being injured in the air strike.

When asked if Azhar was in Pakistan and if authorities would go after him in the wake of the escalation of tensions, Qureshi replied: “Well he is in Pakistan.

“According to my information, he is very unwell. He is unwell to the extent that he cannot leave his house.”

About why Pakistan has not arrested Azhar, despite the fact that the JeM has been labelled a terrorist organisation which causes “incredible tension between the two highly armed neighbours”, Qureshi said: “If they (India) give us evidence which is acceptable to the courts of Pakistan… If they have solid, inalienable proof, share it with us so that we can convince the people and the independent judiciary of Pakistan.”

JeM had claimed responsibility of the suicide attack on February 14 on a CRPF convoy in Pulwama, killing more than 40 soldiers.

Qureshi said Pakistan follows a “legal process” and will have to “satisfy that legal process” for the country to take any action against Azhar and his group.

Who is Masood Azhar

JeM leader Masood Azhar is a former member of Harakat-ul-Mujahideen (HuM)—Azhar. Commonly known as Maulana Masood Azhar, he gained prominence in the late nineties when he was in an Indian prison for militant activities in Jammu and Kashmir.

He was released from an Indian jail during a hostage swap on December 31, 1999, following the hijacking of an Indian Airlines Flight IC 814 by HuM. Azhar went to Afghanistan after his release from India and then launched JeM on January 31, 2000 in Karachi.

Azhar was born in 1968 in Bahawalpur, a city in Southern Punjab of Pakistan and was educated at a religious madrassa known as Jamia Uloom-ul-Islamia. Though JeM is banned in Pakistan, India has been calling for international sanctions against Masood Azhar.