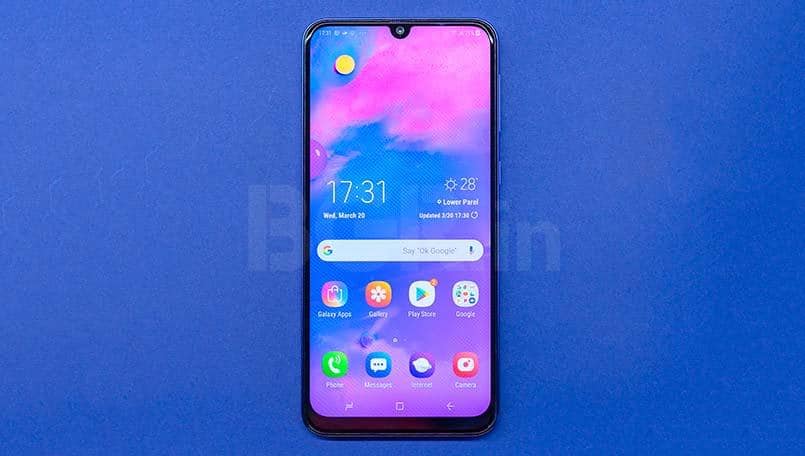 The latest update for the Samsung Galaxy M20₹ 12,899 brings software version M205FDDU1ASB4 and it is nearly 368MB in size.

Samsung additionally brings the Amazon app to the Galaxy M20 through the latest update, increasing the bloatware on the phone. The changelog shows that the update additionally improves the stability of the camera app and enhances the overall security.

The new software update for the Samsung Galaxy M20 is rolling out as an over-the-air (OTA) package. The Galaxy M20 owners will automatically receive a notification when the update is ready for their phone. However, you can check its availability manually on your device by going to the Settings > Software update and then hitting the Download updates manually option.

SamMobile first reported the rollout of the new software update. We were able to spot the update on our review unit.

To recall, the Samsung Galaxy M20 was launched in India alongside the Galaxy M10₹ 7,990 back in January. Both phones went on sale last month. As we mentioned, the Galaxy M20 received a couple of software updates ahead of its first sale in the country.

In terms of the imaging capabilities, the Galaxy M20 has a dual rear camera setup that includes a 13-megapixel primary sensor along with an f/1.9 aperture and a 5-megapixel ultra-wide sensor. There is also an 8-megapixel camera sensor at the front.

For storing content, the Galaxy M20 packs 32GB/ 64GB of onboard storage that is expandable via a microSD card slot (up to 512GB). The smartphone also has a fingerprint sensor at the back. Lastly, it comes with a 5,000mAh battery.