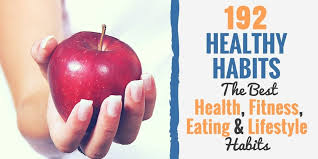 Existing studies have suggested that intermittent fasting — in which a person fasts for a set number of hours each day but eats freely in the remaining hours — can help with losing weight and may provide other health benefits, including prolonging a person’s lifespan and reducing harmful inflammation.

Having breakfast daily will probably not aid weight loss efforts.

Essentially, fasting triggers changes in the body — such as stimulating weight loss — by acting on metabolic processes.

Usually, our bodies rely on carbohydrates to produce energy, but when a person fasts and carbohydrates are no longer readily available, the body starts looking for and utilizing other resources.

A study published in the journal Scientific Reports early last month identified some metabolic changes triggered by fasting that researchers had not previously been aware of.

Specifically, the study’s authors — who are based at the Okinawa Institute of Science and Technology Graduate University in Japan — found that fasting boosts levels of purine and pyrimidine, two organic compounds that act on gene expression and protein synthesis at a cellular level.

“These [substances] are very important metabolites for maintenance of muscle and antioxidantactivity,” explains study author Dr. Takayuki Teruya. This means that by increasing levels of purine and pyrimidine, fasting can stimulate rejuvenating processes, potentially keeping the body younger for longer.

Other research published last month sought to debunk long-standing myths about dietary best practices. One such myth is that eating breakfast is important when it comes to achieving weight loss.

Some believe that eating a morning meal helps stimulate the metabolism so that more caloriesburn faster. Moreover, certain studies have found a correlation between obesity and a tendency to skip breakfast.

However, this not what a study published in the BMJ last month found. The researchers worked with some participants who reported usually having breakfast and others who, more often than not, preferred to skip it.

The team’s findings contradict existing notions about breakfast and weight loss, as they indicate that the total daily energy (calorie) intake tends to be higher in people who regularly eat breakfast.

Moreover, the researchers found that individuals who tended to go without breakfast on a daily basis actually had less body weight than breakfast-eaters, on average.

In their study paper, the authors go so far as to warn that “Caution is needed when recommending breakfast for weight loss in adults, as it may have the opposite effect.”