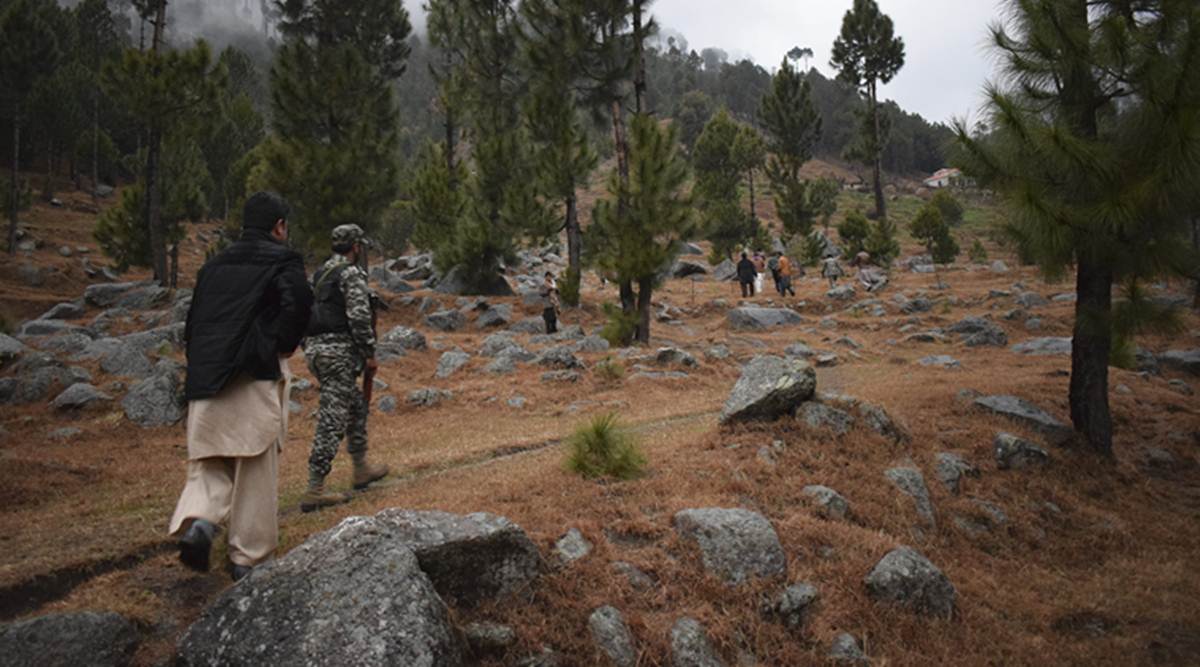 Within hours of the Indian air strike at Balakot before dawn on February 26, soldiers of the Pakistan Army evacuated students from the Jaish-e-Mohammad madrasa in the area and kept them in a safe house for some days before sending them back to their homes.

The Indian Express has learnt this from a relative of a student present in the madrasa at the time.

This is the first direct account to emerge from Madrasa Taleem-ul-Quran, a prominent Jaish-e-Mohammad seminary in the Balakot area — the target of the February 26 IAF strike — located on top of a ridge called Jabha Top.

The soldiers had been providing security to the Jaish facility for a week or so before the strike, the relative said.

As narrated by the student to his family members, it was still dark on the morning of February 26 when he and some others who were sleeping in the same room were woken up by a “massive exploding” sound.

“The sound was not far away, it was quite close,” the relative told The Indian Express, recalling the student’s account.

When they woke up again — the relative did not know when but said it must have been for or before the fajr prayers, the first of the day — there were soldiers asking them to leave the place.

“Fauji unko kisi aur jagah le gaye (The soldiers took them to another location),” the relative said but did not know where they were evacuated. The students were kept there “for two or three days”.

“He said there were quite a lot of people at the madrasa but not all of them went to the safe house. It was him and some others of the same age group. He does not know what happened to the others or where the explosion took place,” the relative said.

The student told his family members that soldiers had been posted at the madrasa a few days before this incident took place.

“He said fauji had come to provide security to the madrasa because photos of the madrasa got leaked out,” the relative said.

After two or three days in the safe house, the boys were asked to leave for their respective homes.

“He is determined to return to the madrasa. Everyone is telling him to get married and stay back but he says he wants to go back to the madrasa,” the relative said.

On Saturday, The Indian Express reported that agencies have radar imagery to show that four buildings in the Jaish premises were hit in the strike, but limitations of technical intelligence and lack of ground intelligence at this point make any assessment of terrorists killed in the attack “purely speculative”.