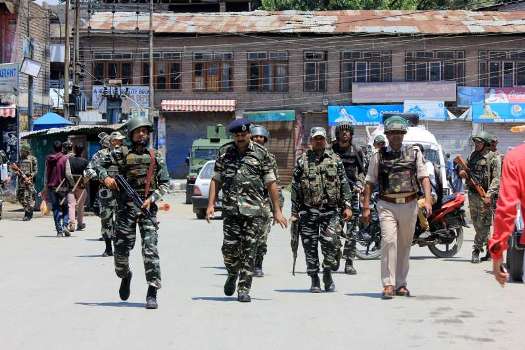 (Provided by The Times of India)

At least 27 people were injured in a grenade blast inside Jammu’s General Bus Stand on Thursday afternoon. Inspector General of Police (Jammu) M K Sinha confirmed that a grenade was lobbed from inside a moving bus at the bus stand. There were no specific alerts from intelligence agencies prior to the attack, he said.

“Whenever there is a heightened state of alert we step up checking. There is always a possibility of someone to slip through…appeal everyone to remain calm. Police is working on all leads,” IG (Jammu) Sinha said.

The grenade, lobbed by a suspected militant, fell near a ticket booking counter, sources told The Indian Express. However, there were not many people present at an otherwise overcrowded bus stand at the time of the blast.

The area was cordoned off by police after the blast. All the injured have been taken to a hospital in Jammu. The bus stand, which is close to a busy market area, has been the target of several grenade attacks in the past.

This was the first grenade attack since the killing of 40 CRPF personnel in Pulwama last month. Jammu has been relatively terror-free, with militancy largely restricted to parts of Kashmir.