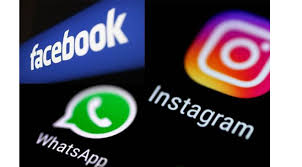 Reported first on Wednesday, Facebook and Instagram are still down for some users across the world. Also, it looks like people are facing difficulty using WhatsApp in some parts of the world.

Users across the world reported Wednesday night about the difficulty to access Facebook and Instagram. This morning WhatsApp also seems to be down for some users across India, Bangladesh, Brazil, Singapore and Argentina, according to DownDetector.

Facebook tweeted yesterday, “We’re aware that some people are currently having trouble accessing the Facebook family of apps. We’re working to resolve the issue as soon as possible.”

Later it tweeted that they are working to resolve the issue. At the moment they could only confirm that the issue is not related to a DDoS attack.

DDoS (Distributed Denial of Service) attack is a cyber attack where multiple compromised systems — often infected with a Trojan — are used to target a single system causing a Denial of Service (DoS).

Instagram has also tweeted, “We’re aware of an issue impacting people’s access to Instagram right now. We know this is frustrating, and our team is hard at work to resolve this ASAP.”