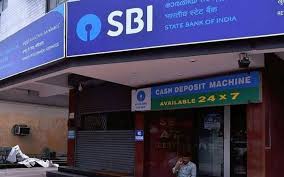 Country’s largest lender, the State Bank of India (SBI) on March 15 introduced a new feature on its mobile application “Yono” that enables cash withdrawals from ATMs without the use of cards.

SBI Chairman Rajnish Kumar said that the bank wants to eliminate the use of cards in the long run. This, however, depends on how well Yono Cash performs.

Using the mobile application cuts the risk of card-based frauds which arise out of skimming and cloning. Also, customers are allowed to use the feature from one device only.

Customers can withdraw up to Rs 10,000 per transaction and make two withdrawals a day using the application, which is over and above the limits on usage of cards at SBI and other bank ATMs. Presently, the bank charges a fee for more than five ATM transactions carried out on SBI ATMs and five on other bank ATMs.

SBI is also working on integrating the application with Unified Payments Interface (UPI) developed by National Payments Corporation of India (NPCI). This will add more functionalities to the application like fund transfers using only mobile numbers.

Customers will also be able to withdraw cash from Point-of-Sale (PoS) terminals without using cards.

What are the limitations?

The facility will only be available on SBI ATMs and PoS terminals. However, the lender has the country’s largest network with over 58,000 ATMs and close to 6 lakh PoS terminals deployed across the country. As of now, the feature is only available at SBI’s 16,500 ATMs. The feature will be extended to rest of SBI ATMs in a phased manner.There is no way to protect against fraudulent withdrawals in case of theft and if the secret PIN was saved anywhere on the mobile handset itself. SBI officials said that the bank has another layer of security in the form of pattern analysis to flag suspicious transactions.