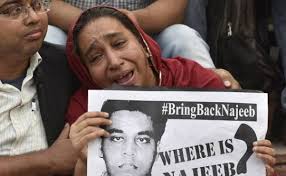 Amongst the Twitter audience that seems to have been stirring a storm over Prime Minister Narendra Modi’s latest online campaign — Main bhi chowkidar — is one mother, who does not concur with the whole idea.

Fatima Nafees, the mother of Najeeb Ahmed who went missing three years ago from his hostel room in Delhi’s Jawaharlal Nehru University (JNU), on Saturday took to Twitter to put forth her message to PM Modi. She tweeted, “If you are a chowkidar then tell me where is my son Najeeb? Why Abvp goons not arrested? Why three top agencies failed to find my son? #WhereIsNajeeb.”

Fatima’s tweet had a hashtag – #WhereIsNajeeb – in reply to Modi’s #MainBhiChowkidar.

For the unversed, in its closure report filed before the Delhi High Court in October, 2018, the Central Bureau of Investigation (CBI) told the court it found no trace of foul play — despite the belief of many that the student wing of the Akhil Bharatiya Vidyarthi Parishad (ABVP) was responsible for Ahmed’s disappearance.

A lot of theories had then gone into discovering what might have happened to Najeeb Ahmed on the day of his disappearance.

One of the theories — the most believed one — was he had a tiff with a few members of the ABVP. Fatima Nafees had registered a complaint with the Delhi Police in October, 2016 against nine students.

The students denied all allegations, while the court declined Nafees’s request for a Special Investigation Team (SIT) probe into the matter.

A news daily had then claimed, without any sources to back it up, that Ahmed had joined the ISIS. This was denied by the Delhi Police.

The CBI wrapped up the case soon after and Fatima Nafees, till date, maintains this happened due to political compulsions — due to ABVP’s affiliation with the Bharatiya Janata Party (BJP).

Meanwhile, PM Modi’s campaign is in no mood to slow down on Twitter.

The BJP, in fact, stepped up its campaign on Sunday with PM Modi and other party leaders, including its president Amit Shah, prefixing the word ‘chowkidar’ to their names in their Twitter profile as they sought people’s support in the Lok Sabha polls.

Party leaders, many of them Union ministers and chief ministers, also put out short advertisement videos showing that people from different walks of life have turned ‘chowkidar’ [watchman] to do their bit for the country, like PM Modi.

Modi’s Twitter profile identified him as “Chowkidar Narendra Modi” and so was the case with other BJP leaders as they launched a coordinated campaign.

It all started on Saturday when the prime minister urged his supporters to take the ‘main bhai chowkidar’ [I too am a watchman] pledge.

“Your Chowkidar is standing firm & serving the nation. But, I am not alone. Everyone who is fighting corruption, dirt, social evils is a Chowkidar. Everyone working hard for the progress of India is a Chowkidar. Today, every Indian is saying-#MainBhiChowkidar,” he wrote on Twitter. 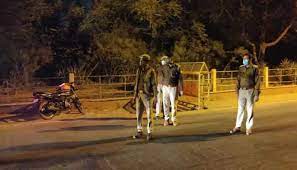