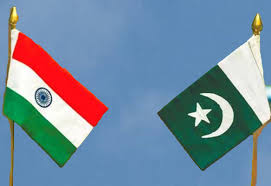 NEW DELHI: India is not sending any official representative to a reception at the Pakistan High Commission in New Delhi today ahead of Pakistan’s National Day as separatists from Jammu and Kashmir were also invited, sources said.

30-odd Hurriyat leaders have been invited by Pakistan, top government sources told NDTV. “This is double speak by Pakistan and it is a direct indication that they are again meddling in the internal affairs of India and that is why the government has decided not to send any representative,” a senior government official told NDTV.

India’s boycott of the event hosted by the Pakistan High Commission comes amid tension between the two countries after the Pulwama terror attack. Pakistan-based Jaish-e-Mohammed has claimed responsibility for the attack. Diplomatic ties between New Delhi and Islamabad also weakened because of the tension.

None of the separatists from Kashmir, however, are coming to attend the event this year as most of them either are either in jail or under house arrest after a major crackdown by the government last month. The ones who are not jailed fear their arrest or another crackdown. “The environment is such that no one will go,” one of the top separatists confided.

In the past too, New Delhi has insisted that Pakistan hold talks with India directly on differences over Kashmir and other issues, and has discouraged Islamabad from having direct contact with the Hurriyat leaders.

Critics term the government’s decision as a strategy for the national election that begins next month.

According to a senior former bureaucrat, there are certain gestures which every nation follows. “By attending a National Day, we give regard to a nation. But with this, we are blocking all lines of communications with them,” he said.

Many politicians, including Union Ministers VK Singh and Gajendra Singh Shekhawat, as well as ex-minister MJ Akbar, have attended Pakistan’s National Day events in the past.

Pakistan Day is celebrated to mark the Lahore Resolution on March 23 each year.