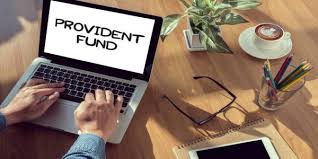 In a letter sent to its regional offices today, the Employees’ Provident Fund Organisation (EPFO) has instructed that this calculation sheet be provided to the members either on their registered mobile number or the email ID provided by them in their EPF claim form.

The worksheet is to be provided to members irrespective of whether they file their claims online or offline. Majority of employees in large private sector organisations contribute to the Employees Provident Fund and are members of the EPFO.

Commenting on this move, Puneet Gupta, director, People Advisory Services, EY India said: “From Employees’ Provident Fund Scheme, an employee is eligible for lump-sum Provident Fund withdrawal covering his/her own contribution, employer’s contribution and interest on both under specified circumstances such as retirement or termination of employment (provided the employee is not employed in another Provident Fund covered establishment for 2 months). The calculation sheet for provident fund withdrawal proposed to be provided by the Provident Fund office will help employees understand the details of lump-sum Provident Fund withdrawal received by them. It is proposed that the calculation sheet will be provided either on registered mobile number or email-id as provided in the claim form. The Provident Fund office has clarified last week that a similar worksheet will be provided for pension benefit. These are welcome steps as it will bring transparency and reduce employee grievances.”

In another similar directive issued on March 14, 2019, the EPFO had directed its regional offices to provide the calculations on the pension sanctioned to the pensioner. Earlier there was no system in place to automatically provide pensioners with such a statement.

As per the circular pensioners are to be given a pension worksheet providing information about the quantum of monthly pension to reduce their grievances and confusion on how their pension amount is calculated. This move too is aimed at bringing more transparency in the settlement of pension claims.

EPFO has asked its regional offices to ensure that a copy of the pension worksheet is given to the pensioner along with the intimation sent regarding sanction of pension to the pensioner. This directive was to be given immediate effect as per the circular.

This circular covers all EPF pensioners. Such a statement would help particularly in cases where pension is for any reason revised with retrospective effect.

Apart from this, EPFO has also made it easier for individuals to find out their claim status as well. At the time of retirement, after making the PF claim, one can check its status via three ways. These three ways are as follows: