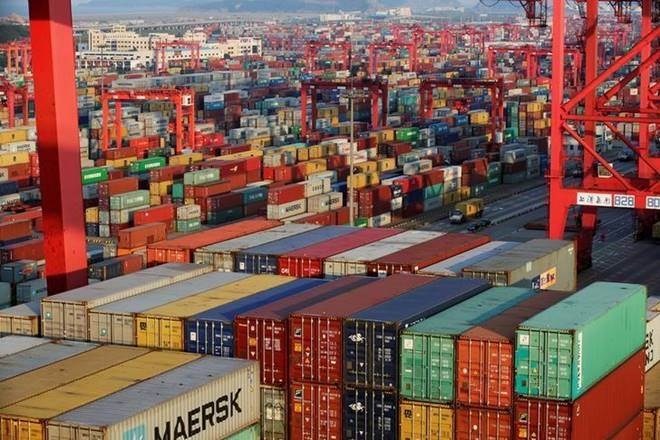 Despite prime minister Narendra Modi’s plan to cut import dependence in the oil and gas sector by 10 percentage points by 2022, a series of major policy missteps (goo.gl/6wGgkT) ensured that import-dependence rose, from 83% in FY13 to 86% in FY18 in the case of oil and from 30% to 45% in the case of gas. Indeed, going by the latest BP Energy Outlook, for 2019, this is going to continue to rise further, to around 95% for oil by 2040 and around 60% in the case of gas. Fortunately, as we will see, that number is not carved in stone and can be reduced if India follows good policies, some part of which we saw when the Cabinet cleared a new gas policy last month.

Interestingly, the BP Energy Outlook shows that while China was the biggest contributor to the increase in global use of primary energy in the last 22 years, it will be India in the next 22 years; China, of course, will continue to be the world’s largest user of energy, and its share in the global pie is projected to fall from 23% in 2017 to just 22% in 2040. In the last 22 years, between 1995 and 2017, global energy usage rose by 4,946 million tonnes of oil equivalent (mtoe), and 45% of this came from China whose consumption rose from 891 mtoe to 3,132. With India’s consumption rising from 252 mtoe to 754 mtoe, it contributed just around a tenth of the total increase.

Not all the increase, fortunately for the world which is heating so fast, will come from traditional fuels, and the share of renewable will rise from 4% in 2017 to 15% in 2040, and from 11% to 22% if you include hydroelectricity. In terms of the change in energy usage, while renewables accounted for 17% of the increased demand between 1995 and 2017, they will account for 57% of the change in the next 20 years. In a ‘rapid transition’ scenario, the share of renewables and hydro rises to 38% by 2040, though the investments required for this are probably so gargantuan that achieving it will take a very big effort.

Despite India’s fairly aggressive commitments at Paris, coal will still continue to satisfy the bulk of its energy needs, down from around 54% right now to around 47% by 2040; oil will come down from around 29% to around 23%, and renewables (plus hydro) will rise to around 23-24%. If, despite this fall in the usage of oil, India’s import-intensity is projected to rise significantly—to around 95% for oil by 2040 and around 60% in the case of gas—it is because India’s production of both oil and gas continues to be poor; since 2000, oil production rose just around 19% while gas rose by an even lower 12%.

The good news, however, is that this is not carved in stone and, with the right policies to stimulate exploration—and hence production—India could lower imports significantly, especially in the case of natural gas, an area where Modi’s policies were especially negligent till recently since, unlike oil, producers were not allowed to charge market prices even though the agreements the government had signed with them promised this.

Some broad numbers will put the possibilities in perspective. Till a few years ago, the government’s estimate was that India had around 28 million tonnes of oil equivalent (mtoe) of ‘resources’; this is based on a very broad analysis using 2D and 3D seismic surveys, not actual drilling and exploration. In 2017, with more seismic data, the government raised this by 50%, to 41.9 mtoe of ‘resources’. Just around 28% of this—or 12.1 mtoe—was in areas where some level of exploration has taken place. So, with more exploration, there will be more discoveries and this 12.1 mtoe figure could increase further.

With more drilling and exploration, around 15% of this—that is, around 1.9 mtoe—of oil and gas has been firmly established, that is, oilcos will be able to take this out. Once again, with more drilling and exploration, this 1.9 mtoe figure can be increased. To put this in perspective, for decades after ONGC found Bombay High, no one thought India had another big field, then Cairn Energy found Mangala in Rajasthan; and when everyone thought that was it, Reliance discovered large resources of gas in the Krishna Godavari basin and started producing from there.

This 1.9 mtoe, in turn, comprises 594 metric tonnes of oil (or 4.6 billion barrels) and 1.3 trillion cubic meters (tcm) of gas (or 48.9 trillion cubic feet, tcf). In 1980, the reserves were 2.8 billion barrels of oil and 0.3 tcm of gas. This rose to 5.8 billion barrels of oil by 2010 and 1.1 tcm of gas. In other words, as there is more exploration, both oil and gas reserves rise, and this is despite the amount that is taken out every year; if there has been a dip in recoverable reserves of oil since then, this is because there has been no major discovery since Mangala.

At a recent Petrotech session, however, BP’s India head Sashi Mukundan said BP’s analysis of data suggested India could produce 100 tcf of gas (that’s nearly double the present estimate, see graphic). More important, he said that if Indian oilcos used better recovery techniques—IOR (Improved Oil Recovery) and EOR (Enhanced Oil Recovery)—to increase the amount of oil that came out from the fields they produced from, this alone would give another 4 billion barrels of oil (that is roughly what the current estimate of oil is). At this level, India’s 2040 import-intensity for gas will fall to around 50% and for oil by 3-4 percentage points. Since that represents a significant amount of forex, hopefully the next few governments will ensure the flip-flops of the last five years are not repeated, and that India’s policy—and government levies—become as good as those in other countries with comparable geology.