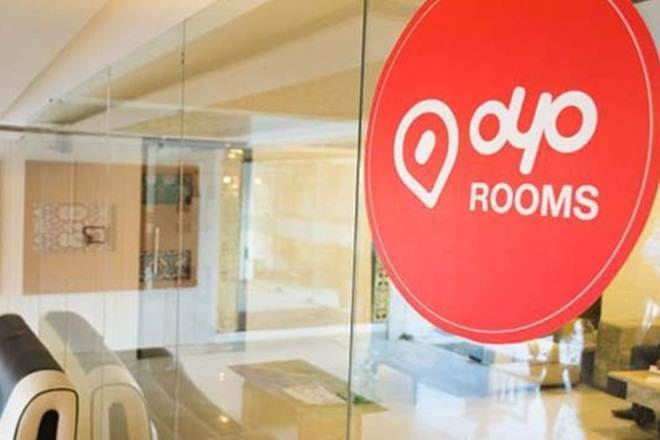 In its short life, OYO Hotels and Homes has been variously described as a hotel aggregator, an online travel agency (OTA), and even a Ponzi scheme with an unsustainable business model, but never a hotel chain. Today, OYO is India’s largest hotel chain with 100,000 rooms under management. It is also the world’s third largest, with over half a million rooms over the 18,000 properties that it currently franchises and leases in 500 cities across 10 countries.

Founder and CEO Ritesh Agarwal announced last December that OYO was poised to become the number one globally by 2023.

So how did a startup that started out by wanting to provide comfortable and standardised budget accommodation scale to these dizzying heights?

A turning point towards control

The pivot can be traced back to early 2016 when OYO decided to become a 100 percent inventory-exclusive franchise. Founder Ritesh Agarwal was clear: OYO would run as a full-stack, asset franchising and leasing model made famous (and successful) by Marriott Hotels.

“In 2015-16, we were locked in a big competitive battle, and there was little bandwidth for us to immediately start on franchising and leasing model, because that needs time and effort,” Ritesh admits.

The 25-year-old entrepreneur is referring to the days when OYO controlled and managed just a few rooms in a hotel, and not the entire property. While the ubiquitous red-and-white boards outside announced to the world that the buildings were OYO properties, the reality was that it controlled only a few rooms.

As one of the owners of a budget hotel that was a part of OYO told YourStory in 2016, “OYO’s model makes it difficult (for them) to control the quality of the experience. You walk into a hotel lobby and still it is a seedy experience. A hotel stay isn’t just about the room, it also is about how the building looks and how the staff treats you.”

Feedback like this, as well as a thorough examination of its customer experience prompted OYO to evaluate and cancel its partnerships with hundreds of properties the following year. It then began leasing properties and running them as franchises where it manages everything from the hotel lobby, the staff, the kitchen, and of course, the rooms.

According to a RedSeer report, the Indian mid-segment hotel market is sized at $4 billion, of which chain-affiliated hotels constituted about 35 percent as of FY 2018 (estimated for only room rental). This has been growing at an average of 17 percent annually since 2015.

Despite the $1 billion in funding it mopped up in 2018, the journey hasn’t been easy. Growing at breakneck speed, OYO faced just about every challenge that a rapidly scaling startup does: complaints about the quality of properties and services, messed-up reservations, and customer complaints going viral on social media.

A full-stack franchising and leasing model has given OYO control over the customer experience. But this also means being operationally intensive – hiring, training, monitoring, and retaining service staff. Given that schools and colleges rarely provide the type of training that makes graduates employable, OYO decided to set up “skill institutes” to train staff from scratch to ensure that the service quality of the housekeeping and maintenance staff remained consistent.

The first of these 25 skill institutes was set up in late 2016. To date, they have hired and trained over 10,000 young individuals in different aspects of housekeeping and maintenance.

Ujjwal Chaudhry, Engagement Manager, RedSeer Consulting, says in a report published by the consulting firm, “Adopting a fulfillment-led business model with strong operational capabilities is becoming increasingly important in the mid-segment hotel industry. The right value proposition to the property owners and customers, expertise in technology to transform customer experience and strong distribution capabilities is what gives a player the right to win.”

OYO wants to own that right to win. As Ritesh admits, and candidly so,

“We have had our fair share of learnings. In hospitality, there are some tough and subjective issues: the whiteness of the sheets and even water temperature. We as entrepreneurs take these very seriously and are working to ensure that customers get the best experience. We accept them and are ready to resolve them and change.”

It is a bet that seems to have paid off. Just two years later, 90 percent of its revenues were coming from OYO Townhouses (for the premium mid-market segment), OYO Homes (managed holiday homes) or OYO Rooms where it controlled the entire property. Earlier this month, it also launched Collection O, which already has 12 hotels, and is focused on the budget to mid-segment. It also dabbled in a foodtech experiment, acquired banquet management company Weddingz, and is rumoured to be acquiring co-working player, Innov8. Which means the expansion plans are broad as they are deep.

Having nailed down processes and operational models in its home market, OYO decided it was time to expand overseas. Having wet its feet in Southeast Asia, its next stop in November 2017 was China, where the mid-market hotel industry was poised for disruption.

And according to a AT Kearney report, China’s hotel industry has experienced meteoric growth, resulting in a $44 billion business with 2.5 million hotel rooms. The report states, “Some analysts suggest the market is reaching its saturation point, but when compared with hotel penetration rates in mature markets—the United Kingdom, for example, has 10 hotel rooms per 1,000 capita and the United States 20— China, with just four rooms per 1,000 capita, appears low. We believe there is still a lot of room for growth: Over the next 10 years, hospitality will become a $100 billion industry with 6.3 million rooms and reach 8 rooms per 1,000 capita.”

In that sense OYO has a great market both in India and globally. In less than 12 months, the hotel chain had a pool of 129,000 rooms in China, and by September 2018 had wrangled a spot in the top 20 hotel chains in the country. Its rooms are priced between $22 and $36 per night, which is below the price range of most branded chains.

Worldwide, OYO added over 140,000 rooms in a day to its network in September 2018 alone. It is currently running a pilot in the US and recently debuted its co-living offering – OYO Life – in Japan.

Interestingly, following its $1 billion funding round in 2018, OYO is today valued at $5 billion. Its nearest competitor, India Hotels, the parent company of Taj Hotels and India’s largest publicly traded hotel chain, has a market cap of $2.56 billion. Of course, OYO is some distance from filing for an IPO, yet the valuation is staggering. And while it is still making losses, it seems on track to reining them in.

That might take a while given the large-scale expansion it has planned. CEO for India and South Asia Aditya Ghosh recently announced OYO was investing Rs 1,400 crore in these markets. He told YourStory:

“The focus of this is on building infrastructure, technology, and internal operations, and also hiring people across all levels. We plan to touch close to 650 hotels with over 20,000 rooms this year.”

Technology as a leveller

While OYO is on the fast track to expansion, traditional hotel franchise owners are skeptical about how this will turn out.

“It takes time to sign a property on. There are checks and balances one needs to keep in place before signing properties. And if you are focused on scale, how do you ensure those checks and balances are in place,” asks a franchise owner of a different group, seeking anonymity.

But then, OYO believes that is one of the biggest advantages of being a technology company. One example is a suite of apps for different purposes. There’s one called ORBIS, which helps it onboard franchise owners faster.

Ritesh explains that when major hotel chains on-board a property, the negotiator needs to place a call to several bosses, run physical checks, and more. OYO is trying to replace a large portion of the process with ORBIS. For an OYOpreneur, says Ritesh, referring to a franchise owner, the ORBIS app is the boss that gives them the confirmations they need.

The app calculates the hotel’s projected occupancy rates, revenues after joining OYO, and other details – all by analysing the different data points that are present related to the local lodging market. The technology stack extends further, calculating the renovation needed and how long it would take.

“All of this just makes it quicker to deploy, and sign on the hotel,” Ritesh says.

Apart from using an app for signing on hotels, OYO also has apps for hotel maintenance, kitchen orders, cleaning, as well as check-ins and check-outs; all of this to ensure that the complete process is seamless and transparent.

OYO is not a perfect experience…yet. At a recent press conference, a Japanese journalist even touched on the lack of amenities in one of the OYO Townhouses in Delhi. To Ritesh, this is just one step to ensuring there is better consistency. He says:

“There will be problems; we are not perfect. We are striving towards it. But the idea is to ensure quick resolution and to ensure that the issue(s) don’t persist.”

He goes on to explain.

“The idea is to bring in a consistency that just didn’t exist before. Today, we have more control, especially on the turnaround time. So, whenever there is an issue or complaint, fixing it doesn’t have many moving variables.”

Reports also suggest OYO is raising an additional $200-$300 million, led by global community-based hospitality company AirBnB, which could also imply that the brand is looking closely at the home-share model. But then these are speculative. Will this growth hamper the quality they want to chase? Ritesh and Aditya firmly believe they can find a good synergy. As Ritesh puts it,

“The vision of creating a better living space for the common man remains even today to what it was five years back.”