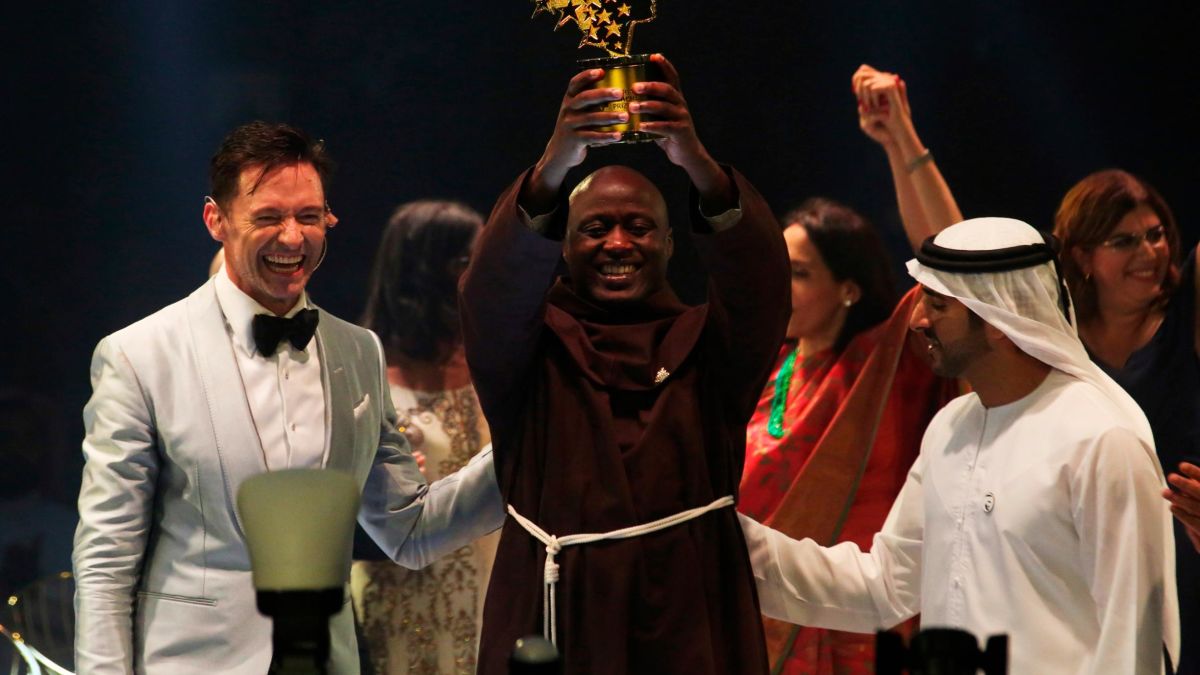 DUBAI:
Peter Tabichi, a Maths and Science teacher from rural Kenya, who gives 80% of his teaching salary to local community projects, including education, sustainable agriculture and peace-building, has won the $1 million prize for the world’s best teacher, beating 10,000 other nominations from 179 countries. Mr Tabichi, a member of the Franciscan religious order, won the Varkey Foundation’s 2019 Global Teacher Prize, has changed the lives of his students in many ways, including the introduction of science clubs and the promotion of peace between different ethnic groups and religions, according to a statement from the Foundation.

The winner of the 2019 $ 1 million prize was announced on stage in a ceremony in Dubai by movie star Hugh Jackman.

Mr Tabichi was chosen from top 10 finalists who come from all corners of the globe.

He teaches at Keriko Mixed Day Secondary School in Pwani Village, where 95% of his students live in poverty and 30% are either orphans or from single-parent families. Drug abuse, teenage pregnancies and early marriage can lead to students dropping out from school.

“The school is in a very remote area. Most of the students come from very poor families. Even affording breakfast is hard. They’re not able to concentrate, because they haven’t had enough meals at home,” he says.

He started by introducing a Talent Nurturing Club and expanding the Science Club – and his hard work and belief in his student’s abilities paid off when the school beat some of the best schools in the country in the Kenya Science and Engineering Fair 2018. His students showcased a device they had invented to allow blind and deaf people to measure objects.

“I’m immensely proud of my students, we lack facilities that many schools take for granted, so as a teacher, I just want to have a positive impact not only on my country but on the whole of Africa,” he says.

The Mathematical Science team has also qualified for the INTEL International Science and Engineering Fair 2019 in Arizona, USA. And his students also won an award from The Royal Society of Chemistry after harnessing local plant life to generate electricity.

His teaching stretches far beyond the classroom to address the daily struggles of people in the wider community.

“Food insecurity is a major problem, so teaching new ways of farming is a matter of life and death,” says Mr Tabhichi, who also works hard to promote peace.

He says: “To be a great teacher you have to be creative and embrace technology. You really have to embrace those modern ways of teaching. You have to do more and talk less.”