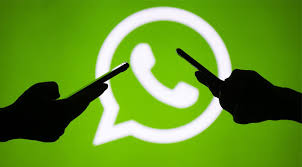 Facebook-owned instant messaging app WhatsApp after introducing the ‘forwarding’ label last year to help curb fake news. Now, WhatsApp is testing two new features called “Forwarding Info” and “Frequently Forwarded”. The “Forwarding Info” feature will let you know how many times a message you have sent to your friends has been forwarded. This tool is available in the info section for messages and will allow users to get more details about a forwarded message. Once the user forwards a message, the user can tap on Message Info and know how many times a received message has been forwarded. While the messages which have been forwarded more than four times will be marked ‘frequently forwarded’ and WhatsApp will show the ‘frequently forwarded’ label on top.

WABetaInfo also stated that the features are currently in the development phase, and as of now only available as part of version 2.19.80 of WhatsApp’s Beta Android app. WhatsApp’s upcoming features could be a part of the messaging platform’s move to fight fake news.

WhatsApp has been trying to combat fake news by restricting forwards as well as released commercials to educate the masses about the news that is shared on the platform. The latest measure that the company is working on is the reverse image search feature. According to a report by a WABetainfo, WhatsApp beta 2.19.73 update for Android has been spotted with a ‘Search image’ feature which will take a user to Google in order to search for similar images as the one which a user may have received in a WhatsApp chat. WABetaInfo mentions that the new feature isn’t yet available, though the screenshots do suggest it is being tested on Android at the moment. The feature might use Google APIs to operate, it will also need to upload the image to Google from the WhatsApp chat as well.