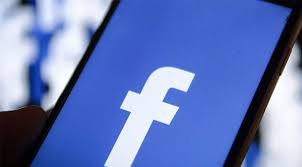 Social-networking site Facebook on Tuesday launched two new India-specific tools called “Candidate Connect” and “Share You Voted”, to boost civic engagement on its platform during the general elections that commence in April. While “Candidate Connect” will help people learn more about candidates, the “Share You Voted” will provide people with polling information and enable them to announce and celebrate their vote.

“We have more than tripled the team working on safety and security to 30,000 people, introduced unprecedented transparency requirements for political advertising, improved our ability to detect and remove fake accounts and stepped up our efforts to fight false news and misinformation,” said Samidh Chakrabarti, Director, Product Management for Civic Integrity, Facebook.

Starting next week, voters in India, either through a bookmark in their settings, or through a message in their News Feed would be able to watch 20-second videos of candidates contesting from their respective constituencies.

The company said that the questions included in “Candidate Connect” are outcomes of locally conducted consumer research programmes. “We aim to better equip our users as they look forward to participating in the political process of the country,” Chakrabarti further added.

Both the new tools are being made available in 12 local languages across India.