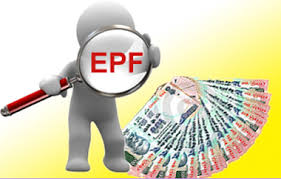 EPF or Employees’ Provident Fund is a government-run pension scheme aimed at the salaried individual. For the current financial year, which ends on March 31, 2019, investment in EPF fetches interest at the rate of 8.65 per cent, as against a five-year low of 8.55 per cent paid in the previous financial year. The EPFO or Employees’ Provident Fund Organisation allows the subscriber – or employees of an organisation of 20 or more individuals – to make a partial withdrawal or “advance” from a PF corpus under certain conditions, according to its website – epfindia.gov.in. The retirement fund body, EPFO, also allows a 100 per cent withdrawal – or full withdrawal – in case the subscriber is unemployed for two months. (Read: How to file an online PF withdrawal claim)

Here are some of the conditions in which a partial withdrawal – or advance – is permitted from a provident fund (PF) account:

An EPF subscriber can withdraw up to 50 per cent of the employee share with interest in the EPF account for the marriage of self, son/daughter or brother/sister under certain conditions. The EPF subscriber must have completed seven years of service to qualify for this type of advance from the account, according to the EPFO website. Retirement fund body EPFO allows three such withdrawals for this purpose.

EPF members having completed five years of service can apply for an advance for purchase of a house/flat or construction of a house, under certain conditions. The EPFO allows only one such withdrawal, and the amount allowed for such a withdrawal is limited to the least of 36 months of basic wage along with dearness allowance (DA), the total of employee and employer shares, or the total cost of such purchase or construction, according to the provident fund body’s portal.

For purchase of a site for building a house, the amount allowed is the least of 24 months of basic wages and dearness allowance, the total of employee and employer shares, or the total cost of such purchase or construction, according to the EPFO.

The EPF subscriber is allowed to withdraw from the corpus for repayment of outstanding principal and interest towards a home loan under certain conditions. The provident fund subscriber can claim such a withdrawal after having completed 10 years of service, and the amount permitted in such a case is limited to the least of 36 months of basic wage and dearness allowance, the total of employee and employer shares, or the total outstanding principal and interest, according to the EPFO website.