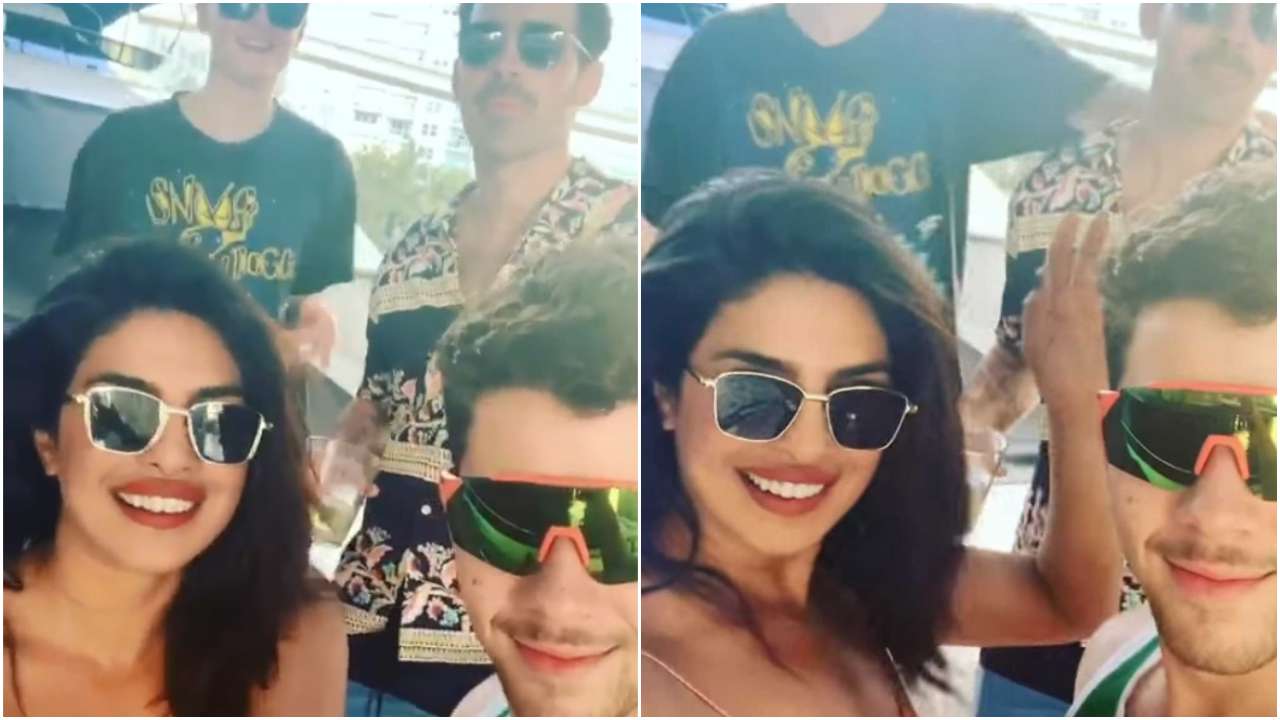 Did you know Nick Jonas’ latest favourite track from a Bollywood special playlist is Veere Di Wedding song Tareefan? Well, we didn’t know till Priyanka Chopra posted a video of the Jonas Brothers grooving to the track in Miami and Nick commented: “My jam.” Priyanka Chopra and Nick Jonas cruised along the Miami waters on a “rare” Monday off and keeping them company were the remaining two Jonas Brothers – Kevin and Joe – and Joe’s fiancee Sophie Turner. In a new video posted on Tuesday night, Priyanka, Nick, Kevin, Joe and Sophie were spotted grooving to Tareefan with Priyanka giving a shout out to Kareena Kapoor – “Woo, Bebo!” she says. The video is proof that Sophie Turner particularly enjoyed the beats of Tareefan.

In her caption, Priyanka wrote: “When Bollywood music kicks in and tagged the Badshah (who raps in Tareefan) and also Sonam Kapoor. In the comments section, Sonam responded saying: “Wah peecee” while her sister Rhea Kapoor, who produced Veere Di Wedding, added: “Yas PC.”

Here’s how Priyanka made Tareefan echo in the Miami air.

Earlier, both Priyanka and Nick filled up their Miami/Florida Instagram diaries with cool photos and videos. In one of them, we also spotted the Jonases playing Ranveer Singh’s Mera Wala Dance. Priyanka and Nick’s Miami playlist also included songs by Shania Twain, Ariana Grande and of course Sucker. “Friends and rare days off on a Monday,” Nick captioned one of the photos while Priyanka added: “When the crew looks this good.”

Priyanka Chopra may be chilling in Miami for the time being but she has already begun work on her next Bollywood film – Shonali Bose’s The Sky Is Pink. Priyanka Chopra and Kareena Kapoor have co-starred in films such as Aitraaz and Don. They appeared on one of Koffee With Karan‘s concluding episodes together this year.