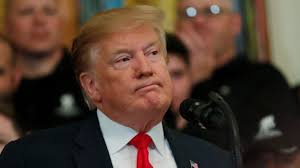 A look at where investigations related to President Donald Trump stand and what may lie ahead for him:

What do I need to know right now?

The Justice Department says that special counsel Robert Mueller’s investigation did not find evidence that Trump’s campaign “conspired or coordinated” with Russia to influence the 2016 presidential election.

In a four-page letter to Congress, Attorney General William Barr quoted Mueller’s report as stating it “does not exonerate” the president on obstruction. Instead, Barr said, it “sets out evidence on both sides of the question.” Barr then decided there was insufficient evidence Trump obstructed justice by trying to interfere with Mueller’s probe.

Congressional Democrats say they want access to all of Mueller’s findings — and his supporting evidence.

Where do we go from here?

An exuberant President Donald Trump took a victory lap Tuesday on Capitol Hill, emboldened by the end of the special counsel’s Russia probe. Attending a luncheon with Senate Republicans, the president said the attorney general’s summary of Mueller’s report “could not have been better” and called it his “clean bill of health.”

A former Trump campaign aide central to the early days of the FBI’s Russia investigation said the FBI wanted him to wear a wire to record conversations with a professor who had told him the Russians had dirt on Hillary Clinton. George Papadopoulos, the first of five Trump aides to plead guilty and agree to cooperate in Mueller’s investigation, told House lawmakers and staff in a closed-door interview last October that he rejected the FBI request.

A transcript of that interview was released Tuesday by the top Republican on the House Judiciary Committee as part of an ongoing effort to sow doubt about the origins of the FBI’s investigation into possible coordination between Russia and Trump’s campaign.

Did the Trump campaign collude with Russia?

According to Mueller, the answer is no.

In his letter dated 24 March, Barr quotes from Mueller’s report saying his investigation “did not establish that members of the Trump Campaign conspired or coordinated with the Russian government in its election interference activities.”

Mueller also investigated whether Trump obstructed justice but did not come to a definitive answer.

The letter does not detail what Mueller learned about a broad range of Trump associates who had Russia-related contacts during the 2016 presidential campaign and transition period. It also doesn’t answer why several of those people lied to federal investigators or Congress during the Russia probe.

Is Trump out of the woods?

Trump also plays a central role in a separate case in New York, where prosecutors have implicated him in a crime. They say Trump directed his personal lawyer Michael Cohen to make illegal hush-money payments to two women as a way to quash potential sex scandals during the campaign. New York prosecutors also are looking into Trump’s inaugural fund.

Congressional investigations also are swirling around the president. Democrats have launched a sweeping probe of Trump, an aggressive investigation that threatens to shadow the president through the 2020 election season.