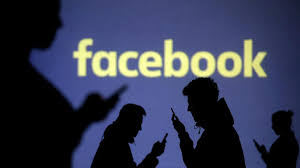 “It’s clear that these concepts are deeply linked to organized hate groups and have no place on our services,” Facebook said in a blog post.

The social network had already barred “hateful treatment of people based on characteristics such as race, ethnicity or religion,” including white supremacy. But civil rights groups and scholars have argued there are loopholes in Facebook’s rules against hate speech that allowed for white nationalist and white separatist content.

Facebook’s move highlights how the social network has been increasing its efforts to combat hate speech, an issue that came back into the public spotlight after a suspected gunman used the social network to stream a live video as he opened fire on worshippers inside a mosque in New Zealand.

An investigation published last year by Motherboard, which obtained internal documents, also showed that Facebook allowed white nationalism and white separatist content on its platform despite barring white supremacists. Facebook tried to clarify its hate speech policies after the deadly neo-Nazi rally in Charlottesville, Virginia, in 2017.

But after consulting with experts over the past three months, it’s decided “white nationalism and separatism cannot be meaningfully separated from white supremacy and organized hate groups.”

There are subtle differences between the term white nationalist and white supremacist, according to the Merriam-Webster dictionary.

While white supremacists believe that white people are superior, white nationalist is defined as “one of a group of militant whites who espouse white supremacy and advocate enforced racial segregation.”

Facebook said people can still express pride in their ethnic heritage, but “praise or support” for white nationalism and separatism won’t be tolerated. The social media giant also plans to redirect users who try to search for content associated with the now-banned ideologies to Life After Hate, a nonprofit that helps individuals leave hate groups.

On Wednesday, civil rights groups such as the Color of Change and the Lawyers’ Committee for Civil Rights Under Law praised the changes Facebook made to its rules.

“Unfortunately, there will always be people who try to game our systems to spread hate,” Facebook said in a statement. “Our challenge is to stay ahead by continuing to improve our technologies, evolve our policies and work with experts who can bolster our own efforts.”