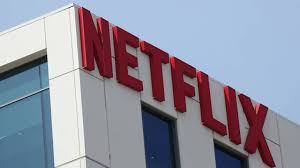 In India Netflix offers three plans starting at Rs 500 and which goes up to Rs 800/month. Reports suggest that Netflix is testing a low-cost plan for India. According to a report coming from ET Netflix is testing a Rs 250 plan for a month to bring to India soon. With the low-cost plan, the video streaming service Netflix wants to compete with other video streaming services in India like Hotstar, Amazon Prime Video, ALT Balaji, Zee5, among others.

With the low-cost plan, Netflix wants to strengthen its user base in the country. As of November last year Netflix announced that it has 50 million users in the US and around 137 million subscribers globally. Last year Netflix had announced that the company aims to add around 100 million subscribers from India alone. Maybe the company wants to achieve this goal by introducing a low-cost plan.

Sharing further information on the low-cost plan a Netflix spokesperson confirmed the development to ET and said, “We will be testing different options in select countries where members can watch Netflix on their mobile device for a lower price and subscribe in shorter increments of time. Not everyone will see these options and we may never roll out these specific plans beyond the tests.”

Currently in India, Netflix has three plans. One is the basic plan for which the user needs to pay Rs 500 every month. Second, a standard plan which costs Rs 650/per month, and lastly there’s a Premium plan for which the user will need to pay Rs 800/month. Under Rs 500 plan users get one screen, under Rs 650 users get two screens and lastly under Rs 800 plan subscribers offer four screens. Unlike the existing plans, the low-cost Rs 250 plan will be a mobile-only plan only.

In October last year, Netflix chief product officer Greg Peters said that the company is currently experimenting with the pricing models and hopes to grow its user base in the country. Peteres had said, “We are just getting started in India. We will experiment with other pricing models and see how that does in terms of being able to accelerate our growth and get more access. But even on the existing model, we feel like we have a long runway ahead of us in India.”