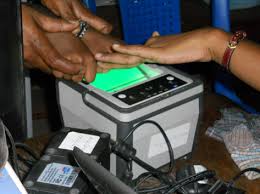 Since 2017, the Indian government has mandated the use of Aadhaar-based biometrics in India’s public distribution system (PDS) to tackle the longstanding issue of leakages. Critics, however, suggest that this has excluded many beneficiaries and increased the costs of operating India’s flagship food security programme.

In Chhattisgarh, beneficiaries do not even use Aadhaar biometrics but instead swipe an electronic chip-based card to authenticate themselves. The authors find that biometric authentication through Aadhaar may be most effective when beneficiaries register for the PDS. However, during the actual transaction (where the beneficiary claims their monthly entitlement), Aadhaar becomes more problematic.

The authors argue that biometric authentication can aggravate beneficiary dissatisfaction due to poor internet connectivity, sporadic supply of electricity and malfunctioning of the biometric-recognition software (ePoS).

During transactions, the authors argue, the choice of authentication should depend on state-specific factors such as the strength of internet connectivity, availability of e-governance centres and time or budget constraints. They suggest that state governments would benefit from assessing their regional contexts before deciding the method of authentication.