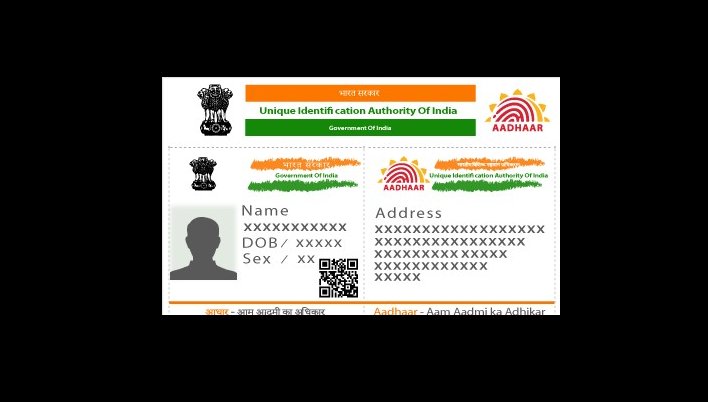 New Delhi: On Aadhaar…there is no vision, only political gimmick,” tweeted Narendra Modi in 2014, just a month before he became Prime Minister. Since then, his stance on Aadhaar has changed dramatically. The political gimmick has now emerged as the backbone for delivering entitlements to beneficiaries across a range of schemes.

Aadhaar, the brainchild of the United Progressive Alliance, has flourished under the Bharatiya Janata Party-led National Democratic Alliance (NDA-II). After coming to power, the NDA-II not only retained Aadhaar but also ramped up enrolment.

In 2016, the government mandated its use in welfare programme delivery (see timeline). Like the UPA-II, the NDA-II believes that Aadhaar can transform welfare delivery. Proponents argue that Aadhaar, by providing a unique identity and allowing biometric authentication, delivers the gains to actual beneficiaries, instead of fake or duplicates, thereby cutting leakages.

There are now 1.24 billion Aadhaar numbers in India, covering approximately 98% of the country’s population (using 2011 Census projections). The expansion in reach has enabled Aadhaar to become an integral component of several flagship government programmes.

Aadhaar-seeding is just one component of the NDA-II’s broader vision for welfare programme delivery. Alongside mass Aadhaar enrolment, the NDA-II has invested heavily in bank accounts through the Jan Dhan Yojana. These accounts, which are Aadhaar-seeded, are now being used for programme delivery via direct benefit transfer (DBT) and are part of the much-vaunted JAM (Jan Dhan-Aadhaar-Mobile) trinity. The 2014-15 Economic Survey heralded JAM as a potential game changer because DBT through JAM can circumvent corrupt intermediaries and reduce market distortions.

Over the last two years, DBT has significantly picked up. In 2018-19, ₹2 trillion (around 8% of total government expenditure) was delivered through DBT into beneficiary accounts according to the DBT Mission. Within this, transfers for MGNREGS and Pratyaksh Hanstantrit Labh or PAHAL (the LPG subsidy) are the largest components. If the definition of DBT is expanded to include in-kind transfers that use Aadhaar authentication, such as subsidized food and fertilizer purchases, the 2018-19 DBT figure increases to around Rs3.04 trillion.

The government claims that all this has already generated significant savings. The DBT Mission estimates that Aadhaar and DBT have helped save the government around ₹1.2 trillion since 2014. However, these savings estimates are fraught with problems. For instance, the PAHAL savings estimate ( ₹56,000 crore) does not account for a slump in global oil prices since 2014. The bigger problem, though, is the lack of clarity about the source of Aadhaar-related savings. The government claims that Aadhaar has generated savings by eliminating duplicate and fake beneficiaries. However, savings could simply be a result of Aadhaar excluding genuine beneficiaries.

Alongside privacy and security concerns with Aadhaar, this issue of exclusion has emerged as the biggest Aadhaar controversy. Several media reports and studies have highlighted how mandatory Aadhaar has prevented genuine beneficiaries accessing important welfare programmes, including the PDS. In a 2017 study published in the Economic and Political Weekly, economist Jean Dreze and others pointed out that Aadhaar-based authentication in Jharkhand’s PDS has led to serious exclusion problems and prevented vulnerable groups, such as widows and the elderly, from accessing their entitlements. They found that Aadhaar-based authentication increases transaction costs, including time spent collecting grains, and did little to decrease corruption in the PDS.

Similarly, in the State of Aadhaar Report 2017-18, IDinsight, a development consultancy, uses survey data from Andhra Pradesh, Rajasthan and West Bengal to estimate that around two million individuals every month are excluded from the PDS because of Aadhaar-related reasons. These Aadhaar-related reasons tend to be failures in biometric authentication (for example, fingerprints not being recognized) and connectivity issues, which are particularly acute in rural areas.

Even for direct cash transfers, beneficiary response has been lukewarm. In 2015, the NDA-II introduced cash transfers in lieu of subsidized food in the three Union territories of Puducherry, Chandigarh, and Dadra and Nagar Haveli. One report found that even after a year of cash transfers, almost a third of beneficiaries were not aware of receiving any transfers and another third wanted the status quo of in-kind transfers. Similarly, another survey of urban Indians conducted by the Lok Foundation-Oxford University in 2016 found that 51% of respondents would take subsidized food rations over cash transfers.

The lack of enthusiasm for cash transfers is not limited to the PDS. A recent survey in Bihar revealed that, if given a choice between cash transfers and investments in public health and nutrition, 87% of the poor would choose the latter.

One reason for the lukewarm response to cash transfers could be the lack of faith in the government delivering the cash. Implementing welfare schemes is difficult in India and implementing cash transfers can be particularly challenging.

All this does not mean that the NDA-II’s Aadhaar and DBT push is a lost cause. There is evidence that biometric authentication-based DBT can work in certain contexts and if implemented well.

For instance, in 2006, in a precursor to Aadhaar-linked DBT, the Andhra Pradesh government introduced biometric smart cards for beneficiaries to avail MGNREGS and pensions payments.

An evaluation of the programme by Karthik Muralidharan, Paul Niehaus and Sandip Sukhtankar found that biometric authentication significantly reduced leakages, decreased time delays and tremendously improved beneficiary experience. More than 90% of beneficiaries preferred the new system to the status quo . They argue that one reason for this success was that biometric authentication was not made mandatory and beneficiaries had alternative modes to receive payments.

For Aadhaar to enjoy similar success in different programmes, the same authors argue that policymakers should focus more on beneficiary experience and the context in which programmes operate in. This, more than fiscal savings, should inform how Aadhaar is deployed to improve programme delivery.

This is the tenth of a 12-part report card series on NDA-II.