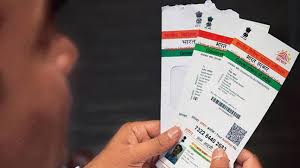 UIDAI has launched a new feature for Aadhaar card holders that will allow them to download their update Aadhaar history online. UIDAI says that Aadhaar history can be downloaded and provided to various authorities on demand for availing various services.

“This is yet another innovative and useful facility through which people can now obtain their own Aadhaar update history from the UIDAI’s website and can use it in support of their assertion of address, etc.,” UIDAI CEO Ajay Bhushan Pandey told PTI. Currently, the feature is in beta version.

The Aadhaar history shows date-wise details of updates made in the address and other fields on the Aadhaar since its registration. “Providing Aadhaar update history will bring in more trust and further empower people because they can now use their update history to the authorities while applying for jobs, school admissions, various services or benefits, etc, because in most such cases they are usually asked to provide their address for the last two or three years.”
Here is how you can download Aadhaar update history online:

— A section on the website will then open where you will have to fill the Aadhaar number or virtual ID and the security captcha.

— You will then receive an OTP which will have to be fed in a box displayed on the website to see the history.

Aadhaar finds itself embroiled in data misuse controversy. In January 2018, eight persons were arrested from Chandigarh for purchasing expensive phones using fake Aadhaar cards. Aadhaar database leaks are also one of the biggest data worries for India. According to Firstpost report, so far 73 Aadhaar misuse have been reported in India. Rolling out a feature to download detailed Aadhaar history at such a time could be a bad idea.