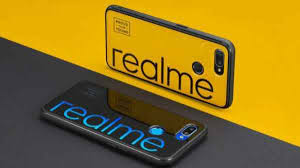 Chinese smartphone maker Realme, that clocked seven per cent market share in India in the first quarter of 2019, is aiming to sell at least 15 million handsets in the country by the end of year. The online-focused device maker that came into existence in 2018, was also among the top five smartphone brands in the fourth quarter of 2018 with eight per cent market share.

“We are targeting to sell at least 15 million handsets this year and I believe in sales numbers,” Madhav Sheth, Chief Executive Officer, Realme India, told IANS. “The sales and shipments won’t have such a huge gap,” Sheth replied when asked if the company was aiming only at the shipment numbers. Realme, which started as an online-only brand, now gets the majority of its sales from offline channels, according to Counterpoint Research.

The handset maker will set up six exclusive stores in metros by the end of the year. The first such store will be opened in July. However, the company said it will also focus on the tier-2 and tier-3 cities. “We’ll explore going into places like Nashik, Nagpur and Pune. We’ll also look to set up pop-up stores in the northeast,” noted Sheth.

The company is targeting 50 pop-up and six exclusive stores this year. The retail outlets would house Realme’s portfolio of smartphones, Realme “Buds” and backpacks. “We already have our own earbuds and before Diwali, we will also have our own range of accessories. We will come up with our own power bank, Bluetooth headset, apart from few more smartphones,” the executive said. Currently, the brand has a retail presence in 50 cities, including Mumbai, Hyderabad, Surat, Ludhiana and Chandigarh, and is expanding footprint to meet the growing demands of customers.

The Chinese handset maker currently has one of its research and development (R&D) bases in Hyderabad and another in China, while its manufacturing factory is located in Greater Noida, which has a production capacity of almost 60-80 million handsets a year. The firm introduced the Realme 1 model in May 2018, marking its foray into the entry-level smartphone segment.

According to CyberMedia Research (CMR)’s mobile handset report, the firm’s smartphone shipments grew by over 600 per cent in the September-October period in comparison to the July-August period in 2018, thus, making it the top emerging brand in India. Born as OPPO’s sub-brand, Realme is now an independent brand targeting the global youth.