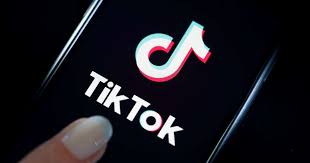 TikTok app is back on the Google Play store and also on the Apple App store. The app can now be downloaded and used without any restrictions, unlike a few days ago.. The video creating application was removed by both Google and Apple from Play store and App store, respectively, after Madras High Court put a ban on the download of the TikTok app mid this month. The ban on downloads has now been lifted by the HC.

The app was banned from download after southern Tamil Nadu state court told the government that it encourages pornography, especially child pornography. The court also said that the TikTok app has made child users vulnerable to sexual predators. The decision to ban the download of the app after an individual launched public interest litigation calling for a ban. According to an IT ministry official soon after the government sent a letter to Apple and Google to abide by the state court’s order.

A week later the Madras HC lifted the ban from the app and said that the court is only worried about crimes against children and India doesn’t have legislation like the US COPPA to protect children in cyberspace. Back then, the HC had said that the TikTok app will be available for download from Play Store and App Store very soon. The app is finally back on both the Play store and the App store.