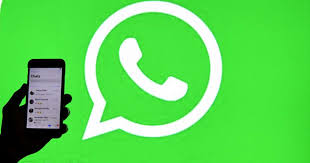 Facebook, at the F8 developer conference,.revealed that WhatsApp, which has integrated payments into its app in India, will soon enable online shopping. With this move, the messaging app is likely to become an even bigger part of Facebook’s India business.

Facebook will soon allow businesses to add a product catalogue on WhatsApp. “With catalogs, businesses can showcase their goods so people can easily discover them,” claimed Facebook.

WhatsApp business had been successfully running in India. It has been available on Android since January 2018; iPhone users got the feature only in April 2019.

Ever since the launch, many big businesses had added to ride WhatsApp’s immensely popularity in India. It has over 200 million active users in India and over 1.5 billion users globally, as of February 2019. So much so that Mark Zuckerberg himself recently expressed fears that the messaging app may overshadow Facebook in India.

The most significant part of the Facebook’s evolving deck in India is WhatsApp pay. While most digital wallets took years and spent millions to acquire customers, WhatsApp will begin with an existing customer base of over 200 million in India.

The feature is live in its beta version in India, and having seen a successful phase in India, Zuckerberg announced that the payments feature will soon be available in other countries.

WhatsApp had also faced a few hiccups in India, with the RBI asking the company to store data locally. The company had then agreed to save the data of WhatsApp pay users on servers in India.