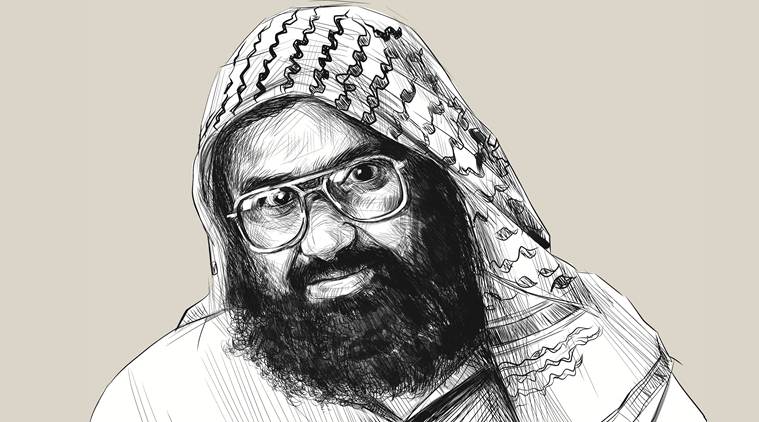 JUST after 9 am in New York on Wednesday (6.30 pm IST), India’s Permanent Representative to the United Nations N Syed Akbaruddin got a message from Indonesia’s envoy to the UN that there has been no objection from any country in the UN Security Council for listing of Jaish-e-Mohammad chief Masood Azhar.

By not objecting to Azhar’s listing at Pakistan’s behest, China had finally shifted from its position after 10 years of consistent stalling to designate him as a global terrorist at the UN Security Council Resolution 1267 sanctions committee.

For New Delhi, this was a major diplomatic success after hectic negotiations since Beijing had put a technical hold on March 13.

The wheels moved slowly but surely in Delhi’s favour – with heavy-lifting from the US, quietly assisted by France and UK.

Moreover, that statement mentioned Jaish which gave India the space to argue that its leader needs to be listed.

That China played along, with persuasion from the US, gave hope to New Delhi.

“UNSC condemnation statement of Feb 21 was the key. It showed consensus was possible in the Council on this issue,” Akbaruddin told The Indian Express, hours after the listing was done.

Six days later, three UNSC members, US, UK and France, moved the proposal to list Azhar at UNSC. While this was their second such effort – they tried unsuccessfully in 2017 – New Delhi was hopeful given the number of countries which backed it both from within the council, and outside the Security Council.

“In diplomacy, countries weigh pros and cons. This time, there was a broad global coalition, and it was not just India, but many other countries – many from Africa to Europe, US to Australia, Japan to Canada which supported the initial move in March.” Akbaruddin said.

But when China put a technical hold for six months, Delhi’s response was a measured one that did not criticise Beijing. Sources said there were multiple conversations going on which suggested that Beijing may yield with some nudging.

It was the US, which decided to give a push towards the end of March and not wait until the end of six months.

“The Americans did not drop the ball. They believed that the iron was hot and momentum should not be lost,” the source said. So, in a fresh move to list Azhar, the US told Security Council members that it was moving a resolution, along with UK and France, at the UNSC for discussions leading to a public vote.

Since China had blocked it four times at the UNSC Resolution 1267 Sanctions committee, US felt that this would put China in an awkward position as it would have to publicly defend the veto – and, in effect, a terrorist.

“Ultimately, the strategic objective was listing an individual. That goal was clear. And for China to publicly defend an individual terrorist would have meant public censure. It would have been broadcast live,” the source said.

Sources said China was aware that a public discussion was best avoided since it came with too high a PR cost.

India, too, went with messages to Beijing and Foreign Secretary Vijay Gokhale’s diplomatic visits to Washington, Beijing and Moscow were indicators of stepped-up diplomacy.

China, sources said, made a choice, after weighing pros and cons and the perceived reputational cost.

Many India-China issues remain like NSG membership, UNSC membership, border dispute, trade deficit, but China took the call to remove one contentious issue (Azhar) off the bilateral table. This also helps de-escalate pressure from its all-weather friend Pakistan – Pak PM Imran Khan’s recent visit to Beijing and meeting with Chinese President Xi Jinping would have helped set up and secure the stage for this move.

The Chinese climbdown, sources said, is also a “tactical move.” “There has been lot of negative public opinion against China in the last few years and Beijing calculated that even if the new government wants to give any concessions, a hostile public opinion will come in the way. By doing this, it has turned the tide,” a source said.

Back in New York, Akbaruddin believes this has been an outcome of incremental gains over several years.

As someone who shepherded the failed Azhar-listing proposals in 2016, 2017 and now, a successful one in 2019, he told The Indian Express, “I am a believer in M S Dhoni’s approach…thinking that there is more time than what you think there is while trying to fulfil any goal. Never say time’s up. Never give up early.”