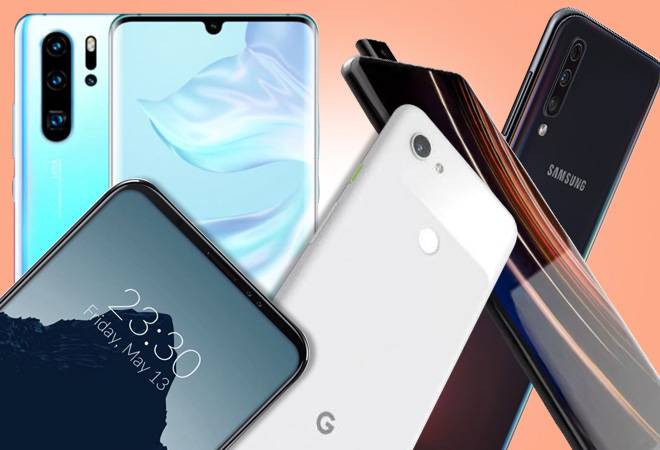 April saw the launch of several sub-Rs 20,000 devices like Redmi Note 7 series and Realme 3 Pro. May is expected to be as busy, if not more, with some bigger launches like OnePlus 7 series and Google’s budget Pixel 3 devices. Take a look at the top smartphones launching in May in India.

OnePlus 7 and OnePlus 7 Pro: OnePlus has successfully carved a niche for itself and has established a reputation of delighting its customers by offering top-of-the-line features at an affordable price. OnePlus 7 will launch on May 14 and will reportedly come with a 6.4-inch display, a Snapdragon 855 chipset, two storage options, a 4,000-mAh battery and Android 9.0 Pie out-of-the-box. The onePlus 7 Pro, on the other hand, will have a 6.64-inch Super Optic AMOLED display, 8GB RAM and 256GB of inbuilt storage and a triple rear camera setup that will include 48-MP primary sensors. Unlike OnePlus 7, OnePlus 7 Pro will have a pop-up selfie camera module. Both the OnePlus 7 smartphones will launch in India at an event in Bangalore.

Google Pixel 3a, Pixel 3a XL: Google is all set to make its new mid-range budget Pixel devices official. The devices will not only be cheaper (mid-range) but will offer extraordinary camera capabilities that Pixel phones are known for. The Pixel 3a and Pixel 3a XL will also share the design language with the Pixel 3 and Pixel 3 XL. However, the Pixel 3a will come with Qualcomm Snapdragon 670 chipset, while the Pixel 3a XL will have a Qualcomm Snapdragon 710. Both are expected to offer 4GB of RAM. The launch of both the budget Pixel devices is expected on May 7.

Honor 20 & Honor 20 Pro: Huawei’s sub-brand Honor will launch its flagship device on May 21 to take on OnePlus 7 series phones. Honor 20 Pro is expected to come with a quad camera setup on the rear, whereas Honor 20 might settle with triple cameras. Under the hood, the Honor 20 Pro will have a 7nm Kirin 980 octa-core processor coupled with Mali-G76 GPU and dual NPU.

Xiaomi MiA3: Xiaomi MiA1 & MiA2 were hugely popular among tech enthusiasts who want pure Android experience on their phones. MiA3 will be running a Snapdragon 700-series SoC and is expected to be a copy of Mi9X running on Android One. The smartphone may come with in-displa fingerprint scanner and triple rear camera setup.