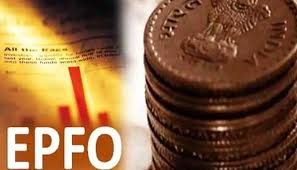 Does the Employees’ Provident Fund Organisation (EPFO) have enough surplus to pay out an 8.65 per cent interest rate for 2018-19? Questioning the Fund’s exposure to IL&FS and similar risky entities, the Ministry of Labour and Employment has been asked by the Finance Ministry to explain whether the EPFO has sufficient surplus for the payout decided for last fiscal, especially if some of these investments turn bad.

In a missive sent to the Labour Secretary last week, the Ministry has been asked to explain a key question: why the “surplus” after payout of EPF interest rate for previous years is shown only in the EPFO’s “estimates,” but not reflected clearly in the “actuals” over the years?

The Finance Ministry has sought details about the exposure of EPFO to IL&FS and other such similar risky entities, an official said. The missive comes after several rounds of discussions between the two ministries, which have so far resulted in “less than sufficient” clarification.

The latest publicly available audited accounts of EPFO for 2016-17 has an entry of “income over expenditure” on a cumulative basis but does not provide specific details.

It is learnt that the Labour Ministry was asked whether it has enough surplus to be carried forward for the next fiscal. “In case of a default, the liability to pay to EPFO subscribers would be with the government. That’s why due diligence of the EPFO’s accounts is being undertaken,” the official said.

An EPFO official, however, said: “All our calculations are correct. We have been doing this exercise for the last 20 years or more. It’s not a new methodology we are following. Finance Ministry has raised some queries and we are replying to these.”

When asked about exposure to IL&FS, the EPFO official said they have been asked to explain how they will manage, in case they lose the money invested in IL&FS. “They should not be worried since nothing has happened so far,” the official added.

The Standing Committee on Labour in its 57th report in February had estimated EPFO’s investment in IL&FS at Rs 574.73 crore. The investment by exempted firms, which manage EPF accounts on their own for their employees, is over and above this amount. The Standing Committee had then asked the Labour Ministry if the beneficiary/worker would be put to any disadvantage in case of any undue losses and as to how the loss is made good of to which the Ministry had said that “losses, if any, are made good from the surplus”.

In a pre-election announcement, the Central Board of Trustees (CBT) of the EPFO in February recommended hiking the interest rate for its 6-crore active subscribers to 8.65 per cent for 2018-19 from a five-year low of 8.55 per cent in the previous financial year.

This compares with an estimated surplus of Rs 586 crore in the previous financial year when the EPFO decided to pay an interest rate of 8.55 per cent.

These deliberations are a part of the ratification process of the EPF interest rate of 8.65 per cent for 2018-19. As per convention, after the EPFO’s CBT recommends the interest rate, it has to be ratified by the Finance Ministry and then it gets credited into the accounts of the EPFO’s subscribers.

If approved, the increase in interest rate will yield an interest rate higher than most small savings instruments, which are linked to yield on government securities.

This is not the first time that Finance Ministry is at loggerheads with Labour Ministry regarding EPFO interest rate.