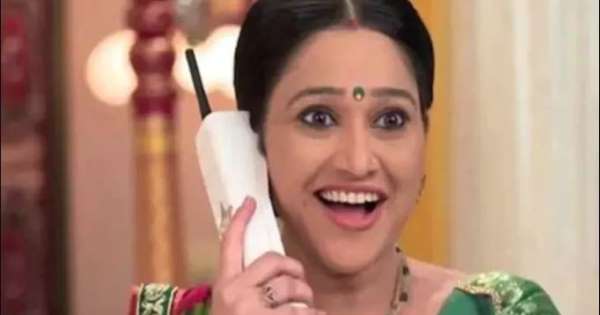 Disha Vakani leaves the show, Disha Vakani replaced by Ami Trivedi, and many such stories are ruling the headlines ever since the actress has taken maternity leave. There were also rumours that Disha has bid adieu to the show, but what has stirred the wave is her comeback.

Its been a while since Disha has taken a sabbatical from work, as she wanted to spend enough time with her newborn. Her fans are waiting for her to come back on the show Taarak Mehta Ka Ooltah Chashmah with bated breath, but neither the makers nor the actress has revealed anything at all.

In fact, the producer Asit Kumarr Modi also made it clear by stating that they are looking for a new face to fill the shoes after the official confirmation on Disha’s exit, but it never came to the lights.

Now, after so many speculations, there’s another interesting update. If the reports are to be belived, the sources state that Disha Vakani recently contacted the show’s production house, Neela Tele Films, and refuted all the rumours of her exit from the show. It is learnt that the actress is waiting for Asit Kumarr Modi’s return in India, who is enjoying a vacation in Italy. It is also being said that Disha might return to the show till 18th May.

Earlier, talking about Disha Vakani, the show’s producer, Asit Modi had told an entertainment portal, “Replacements and leap jumps are common in the television industry, they keep happening. It is nothing new and in the past whenever replacements have taken place, new actors have got accepted by the audience. On TV, an actor is known for its character and not by his name. Yes, we have started looking out for options because if in future Disha does not want to return we will have to replace her. But I would also like to add that Taarak Mehta Ka Ooltah Chashmah is a positive show so we will hope for a positive result.”

Taarak Mehta Ka Ooltah Chashmah is one of the longest-running shows in Indian Television.