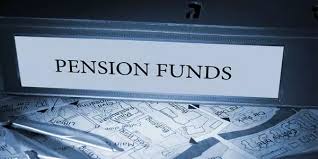 If you were celebrating the prospects of higher pension from the Employees Provident Fund Organisation (EPFO) after the Kerala High Court ruling, here’s some bad news. The EPFO is reportedly planning to challenge the high court order in the Supreme Court. Under the existing rules, a person covered by the Employees’ Pension Scheme of the EPFO will be paid a monthly pension based on his last drawn salary. But the salary used to calculate pension is capped at Rs 15,000 a month. The Kerala HC had directed the retirement body to remove the cap and pay pension based on the full salary of the worker.

EPFO officials argue that the monthly contribution to the EPS pool is too low and will not be able to sustain the higher pension. They point out that a cash crunch has already forced the EPFO to shelve a plan to double the minimum pension from Rs 1,000 to Rs 2,000.

Right now, workers covered by EPFO contribute 12% of their salary to the Provident Fund and an equal amount is contributed by their employers. Of the 12% contributed by the employer, 8.33% goes into the EPS. But this amount is capped at Rs 1,250 a month. If a worker desires a higher pension equal to 50% of his last drawn salary, the entire 8.33% of his basic salary will have to flow into the EPS.

That’s not all. Such workers will also have to make good the arrears of the previous years by shifting money from their Provident Fund accounts to the EPS. This will reopen the books and pose a computation challenge to the EPFO.