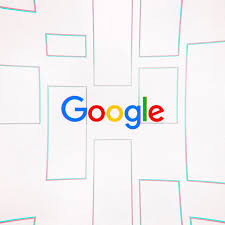 The organizers of last year’s walkout of Google employees are calling on the company to investigate its human resources department, after some employees say they’ve faced retaliation from management.

In a Medium post from the official walkout account, the employees released a series of demands. On the list: meeting previous demands made during the November walkout, having Alphabet CEO Larry Page address those demands, reversing alleged retaliation against organizers, and opening an investigation into the company’s “abysmal handling of employee complaints.”“GOOGLE SEEMS TO HAVE LOST ITS MOORING.”

“Google seems to have lost its mooring, and trust between workers and the company is deeply broken,” the post reads. “As the company progresses from crisis to crisis, it is clear Google management is failing, along with HR.” The post demands that an investigation be conducted by a third party and that the results be released publicly.

“We prohibit retaliation in the workplace and publicly share our very clear policy,” a Google spokesperson said in a statement. “To make sure that no complaint raised goes unheard at Google, we give employees multiple channels to report concerns, including anonymously, and investigate all allegations of retaliation.”

Google recently highlighted workplace changes, including changes to how employees can make complaints, but it said it wouldn’t make changes for every employee demand. “We won’t implement every idea that our employees (or the outside world) raise, but we always listen, and we consider constructive feedback,” the company said in a blog post last month.

In November, more than 20,000 Google employees walked out to protest the company’s handling of sexual harassment complaints. Two employees who helped organize the event said last month that they’ve since faced retaliation, a claim the company disputes. Hundreds of employees participated in a sit-in earlier this month to protest against the alleged retaliation.