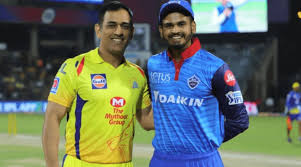 Delhi Capitals have the irreverence of youth. When a team replete with young talents overcome the odds and punch above their weight, it becomes enchanting. Apologies for drawing a football analogy, but an Ajax comparison won’t be out of place. The Dutch giants suffered last-gasp heartbreak in the European Cup semifinal against Tottenham. The IPL minnows will win many more hearts if they beat Chennai Super Kings in the virtual semifinal of the IPL 12 on Friday.

Easier, said than done. Super Kings have somewhat lost momentum at the business end of the tournament. But they are serial winners, when it comes to the T20 league. Experience is their currency. Expectedly, in crunch situations their game management is better than the rest. If Capitals have a superstar-in-the-making in Rishabh Pant, Super Kings boast of a legend in MS Dhoni.

Not only is he winning matches for Capitals, but in the grand scheme of things, Pant appeared to have put the MSK Prasad-led national selection committee under pressure. After his blazing 49 off 21 balls against Sunrisers Hyderabad in the Eliminator on Wednesday, Michael Vaughan stoked up the debate on Twitter. “How is @RishabPant777 not in the World Cup squad …… Pretty sure #India still have time to change …….. !!!!! #Bonkers #IPL19,” the former England captain posted. It feels like Pant is playing this IPL to prove a point. The left-hander already has 450 runs in this tournament, with a strike-rate of 163.63. More importantly, he has risen to become Capitals’ match-winner. During the home ODI series against Australia that preceded the IPL, the Aussie bowlers had been setting him up by bowling outside the off stump. Pant was falling into the trap, struggling to eschew his attacking instincts. Lofted drives on the off side brought about his downfall on a few occasions. The 21-year-old has proved to be a quick learner. He is mostly playing his shots along the ground on the off side in this IPL, especially against fast bowlers.

The way he targeted Basil Thampi yesterday speask volumes about his maturity. After the win, Shreyas Iyer spoke to Pant about the over, as the Capitals skipper interviewed the ‘keeper-batsman for the IPL official website. “How did you feel in Basil Thampi’s over? What was your mindset at that time,” Iyer asked. “I wanted to take the match deep. I knew one big over has to be there. I was waiting for the right moment. And I got the first ball for a six and a boundary, then I know I can capitalise on this over,” Pant replied. “After seven years we have qualified for the semifinal. Let’s finish it boy,” he added.

It’s been more than three years now that Ishant Sharma didn’t feature in white-ball international cricket. He was binned after India’s limited-overs tour of Australia in 2016. The fast bowler didn’t have a buyer in the last year’s IPL auction. Capitals picked him for Rs 1.1 crore this term, with an eye to use him mostly in the Powerplays and middle overs. The IPL snub last year turned out to be a blessing in disguise. He went for a County stint with Sussex and flourished under the guidance of Jason Gillespie. With his career at a crossroads, there couldn’t have been a better mentor than the former Australia quick, who is widely regarded as one of the best coaches in the County circuit.

“Forget the top of the off stump stuff; instead focus on the knee-roll,” that was Gillespie’s brief to Ishant. The latter returned to Test cricket rejuvenated and now he is carrying forward his long-form success to T20s. He has taken 12 wickets in this IPL so far at an impressive strike-rate of 21 — a wicket in every 21 deliveries. His economy rate is less than eight runs per over. He has been drafted in as a World Cup stand-by.

Ishant raised his game after Rabada’s departure, accounting for five wickets in the last two matches. Bowling the Test match line and length with the new ball even in the IPL is serving him well. In the middle overs, he now bowls the odd yorker, as Kane Williamson would attest. An iffy Super Kings top-order should excite Ishant.

Super Kings were thriving on home conditions. MS Dhoni’s death-overs batting had been papering over the top-order cracks, while the spinners were strangulating the opponents on helpful pitches. Mumbai Indians, however, have exposed the defending champions’ weaknesses thrice, including the Qualifier 1, in this IPL. Super Kings are struggling to a get a good start, mainly because Shane Watson has had been below par. A tally of 268 runs in 15 matches and only one half-century; Watson’s slump is hurting his team. The Aussie has hung up his Big Bash boots and in all likelihood, this year is going to be his IPL farewell. But that’s for the future. For the present, Super Kings have to decide. Stability is one of their key components for success alright, but this is a must-win contest and maybe, they can’t afford another top-order failure.

Suresh Raina remains a vital cog in the Super Kings wheel. Back-to-back half-centuries ahead of the Playoffs had set up the left-hander nicely for the match against Mumbai Indians. But he played a poor shot to be dismissed for five against Mumbai Indians. Raina is still one of best players against spin and from Super Kings’ point of view, it would be important that he stays there to neutralise the threat of Amit Mishra.