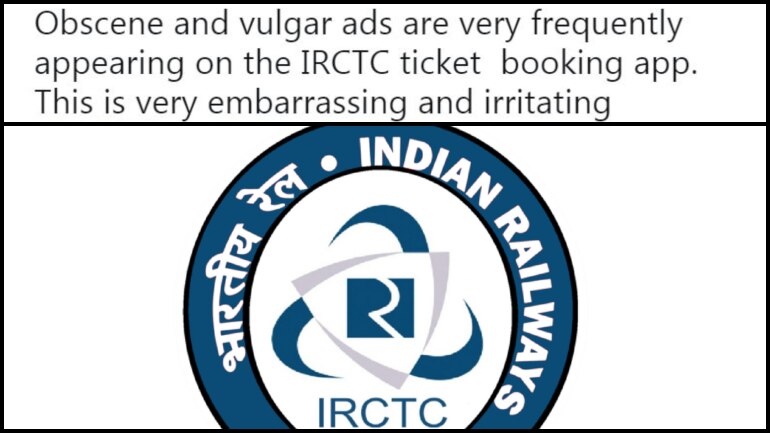 A Twitter user got schooled by IRCTC (Indian Railway Catering and Tourism Corporation) today for calling them out for the ads that were visible on their official app. It is the most hilarious thing you will witness today.

The user tweeted to IRCTC’s official account on the micro-blogging platform, tagging Piyush Goyal, Minister of Railways of India, along, saying that he was seeing obscene ads on the IRCTC app. He even added screenshots of the ads that he was seeing.

The tweet, which has now gone viral, said, “Obscene and vulgar ads are very frequently appearing on the IRCTC ticket booking app. This is very embarrassing and irritating @RailMinIndia @IRCTCofficial @PiyushGoyalOffc kindly look into. (sic)”

And what followed was some savage comeback from the IRCTC’s official customer support account, Indian Railways Seva – @RailwaySeva.

They tweeted back to him saying, “Irctc uses Googles ad serving tool ADX for serving ads.These ads uses cookies to target the user. Based on user history and browsing behaviour ads are shown. Pl clean and delete all browser cookies and history to avoid such ads. -IRCTC Official. (sic)”

As soon as IRCTC posted their epic reply on Twitter, social media was obviously flooded with hilarious memes and people quick enough to troll the situation.

While one Twitter user said, “Best example of – You do it and then blame others for it,” another user wrote, “Troll ultimate level.”