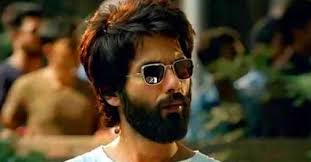 Actor Shahid Kapoor’s latest release Kabir Singh has defied harsh criticism to emerge as the biggest solo hit of the actor’s career. The film added approximately Rs 17 crore to its collections on Monday, taking its four-day total to Rs 87 crore, according to Box Office India.

Kabir Singh, a remake of the 2017 Telugu hit Arjun Reddy, broke the record for the biggest Sunday numbers of 2019. It made close to Rs 28 crore, almost Rs 2 crore more than the previous record, set by Salman Khan’s Bharat. According to Box Office India, this indicates popularity among the mass centres of the country. Citing previous examples such as Total Dhamaal and Bharat, the report noted that each of those films noted an uptick in numbers on Sunday. The film is expected to cross the Rs 100 crore mark in just five days.

Kabir Singh made Rs 20 crore on Friday, Rs 22 crore on Saturday and Rs 27.7 crore on Sunday. Trade analyst Taran Adarsh noted that Kabir Singh’s success is especially important as it defied several setbacks. There was no hike in ticket prices, which is normal among the bigger releases. It was facing a massive critical backlash, and it was released in a non-holiday window. Despite this, it has registered the highest Monday figures for a normally priced film. The previous best was Sultan, which made Rs 15 crore on Monday in 2016.

Kabir Singh, despite its terrible reviews, has already beaten lifetime earnings of previous Shahid films such as R Rajkumar, Haider, Shaandaar, Kaminey and Batti Gul Meter Chalu. Shahid’s biggest hit is Padmaavat, although he was overshadowed by Deepika Padukone and Ranveer Singh, according to most reviews.

The Hindustan Times review of Kabir Singh, awarding the film one-and-a-half stars out of five, noted that “Kabir Singh applauds its pathetic protagonist, and ends up an obnoxious celebration of toxic masculinity.”