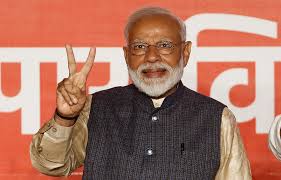 Having facilitated the opening of no-frills bank accounts for every household in its first term, the Narendra Modi government is seeking to graduate to the next level of financial inclusion by revamping some of the key schemes to widen their coverage and target the beneficiaries better.

The Pradhan Mantri Jan Dhan Yojana (PMJDY), under which banks have opened almost 36 crore zero-balance accounts for the poor, could soon be up for a makeover. With close to Rs 1 lakh crore in deposits in these accounts, customers may get the option to use their deposits as sort of ‘margin money’ to get loans, sources told FE.

Already, a Jan Dhan account holder is provided a RuPay debit card, which has an in-built accidental insurance of Rs 2 lakh and a life cover of Rs 30,000. The life cover amount can be raised up to Rs 50,000.

The Mudra loan limit for small and budding entrepreneurs could at least be doubled from the current level of Rs 10 lakh. A facility for entrepreneurs to avail loan up to Rs 50 lakh without any guarantee will soon be introduced, in sync with a government plan.

Some of these proposals may be announced as early as in the upcoming Budget on July 5. Some others, however, potentially require sustained incentives from the government to succeed. So, their roll-out will take some time, said one of the sources.

“Talks have started at the highest level of the government. Instead of rolling out many new schemes in haste, the efforts will now be to further bolster and better implement the existing schemes to widen their reach to the last intended beneficiary” an official source said.

The initial phases of Jan Dhan mainly focussed on opening bank accounts for those who were outside the formal banking network.

Now, the goal is to ensure the poor have access to affordable credit, so that usury — blamed for many farmer suicides in the country — is dealt a deadly blow, said one of the sources.

Banks would be encouraged to rope in fintech companies to “democratise credit availability”.

The government may also double the pension limit under Atal Pension Yojana (APY), announced in FY16, to up to Rs 10,000 per month. The APY is meant for those in the unorganised sector, who would join the National Pension System administered by the Pension Fund Regulatory and Development Authority and are not members of any statutory social security scheme. Under this scheme, subscribers would receive a pension of Rs 1,000-5,000 per month at the age of 60 years, depending on their contributions.