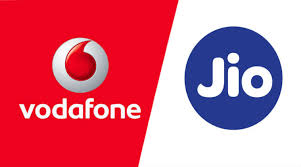 Mukesh Ambani’s Reliance Jio is growing at a steady pace. According to a report by the Telecom Regulatory Authority of India, Jio added 8.1 million subscribers in April month alone, and a total of 25 million since the start of the year. Its total number of users now stands at 314.8 million.

Meanwhile, Airtel has lost users, and its numbers went down from 325.1 million to 321.8 million. Vodafone Idea’s users too went down marginally from 394.8 million in March to 393.2 million in April.

The TRAI report also mentioned that a total of 4.57 million requests were received for Mobile Number Portability in April 2019.

Jio also continued to maintain its top rank in the number of broadband subscribers with 314.81 million users.

In the meanwhile state-owned BSNL which actually added 0.2 million subscribers in April has a different set of woes. The cash-strapped company has said that “it’s nearly impossible to run operations”. The company has no money to pay salaries to its employees to the tune of ₹8.5 billion.

“The gap between monthly revenues and bare expenses to continue operations as a going concern has reached to a level where continuing with the BSNL operations would be nearly impossible without immediate infusion of adequate equity,” the Times of India quoted a letter sent by Puran Chandra, senior general manager at BSNL’s corporate budget and banking division, to the joint secretary in the telecom ministry.

BSNL has seen its financial troubles mounting with a debt of ₹135 billion. According to reports, the government is trying to sanction a loan of ₹25 billion for the struggling company.