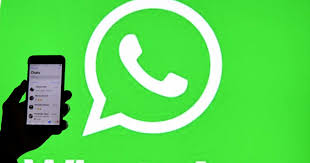 Facebook owned WhatsApp is busy updating its app to expand its user base and take on the competitors. It aims to be the sole messaging app on the smartphones of both Android and iOS users.

The messaging app has recently unveiled features like Group call, Group invitation, consecutive voice messages etc. Most of these features have helped the users and have simplified their messaging experience. However, WhatsApp is planning to come out with features in the coming months that can mildly be termed as ‘questionable’.

Users of WhatsApp heard of two of its most problematic features only recently and one of them was as recent as last week!

Facebook recently unveiled its cryptocurrency Libra with lofty goals and which will be built into WhatsApp and the second most debatable feature will be the merger of its messaging services like Facebook’s Messenger, Instagram with WhatsApp.

Libra on WhatsApp: Libra has a lot of potential in developing economies but it is also bad for privacy and competition. Facebook has monopolised social media and there is no other platform that can take it on. Facebook owns Instagram and WhatsApp, the companies that initially showed promise and threatened the social giants’ position at the top. Facebook tracks its users and owns a lot of voluntarily provided data.

Now, with Libra, Facebook aims to control its users’ purchasing habits too. Facebook has shady history on privacy and there are zero reasons to believe it on cryptocurrency.

Facebook data is also prone to hacks and the integration suggests financial accounts will be linked to social media identities. However, currently, Indian laws make it difficult for the Facebook’s cryptocurrency to operate in India and Facebook too has not filed any application with RBI (Reserve Bank of India) for Libra in India. Facebook has a lot of work to do before Libra can live up to its potential – and there’s no guarantee that will happen.

WhatsApp’s integration with Instagram and Messenger: Facebook is planning to integrate the messaging components of Instagram, WhatsApp, and Messenger. The integration is aimed at keeping users locked into Facebook’s ecosystem. With growth slowing down, regulators constantly prodding and the company reducing the advertisements on news feed of its primary platform, the talk of the union is on the expected lines.

However, this union isn’t without concerns. For starters, among the three Facebook-owned platforms, only WhatsApp supports end-to-end encryption. Facebook Messenger, on the other hand, requires users to toggle the secret conversation feature and Instagram messages aren’t end-to-end encrypted at all.

Execution of cross-platform end-to-end encryption will not be an easy task. Facebook will have to rebuild Instagram messages and Facebook Messenger to rebuild identical protocols. The integration has the potential of weakening WhatsApp’s E2E protocol as it will have to communicate with the other two apps.