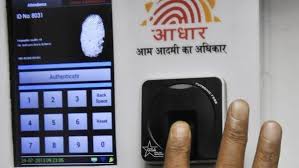 Banks can use customers’ Aadhaar number for the know-your-customer (KYC) process but only with customers’ consent. “Banks will be allowed to carry out Aadhaar authentication or offline-verification of an individual who voluntarily uses his Aadhaar number for identification purpose,” the Reserve Bank of India (RBI) said in circular last week.

The Central bank has also said that proof of possession of Aadhaar number has been added to the list of officially valid documents (OVD). If you receive direct benefit transfer (DBT), you have to provide your Aadhaar and also get an E-KYC authentication.

IT IS NOT MANDATORY

However, companies other than banks which are permitted to use Aadhaar can use it only in offline mode and not for an E-KYC. Any company that is allowed to use your Aadhaar for customer due diligence will have to blackout the Aadhaar number.

WHAT IT MEANS FOR YOU?

Aadhaar has also been accepted as one of the officially valid documents. After the Supreme Court verdict on Aadhaar in 2018, banks had stopped opening accounts online using Aadhaar and E-KYC. Similarly, fintech companies has stopped adding customers through E-KYC for payments and lending.